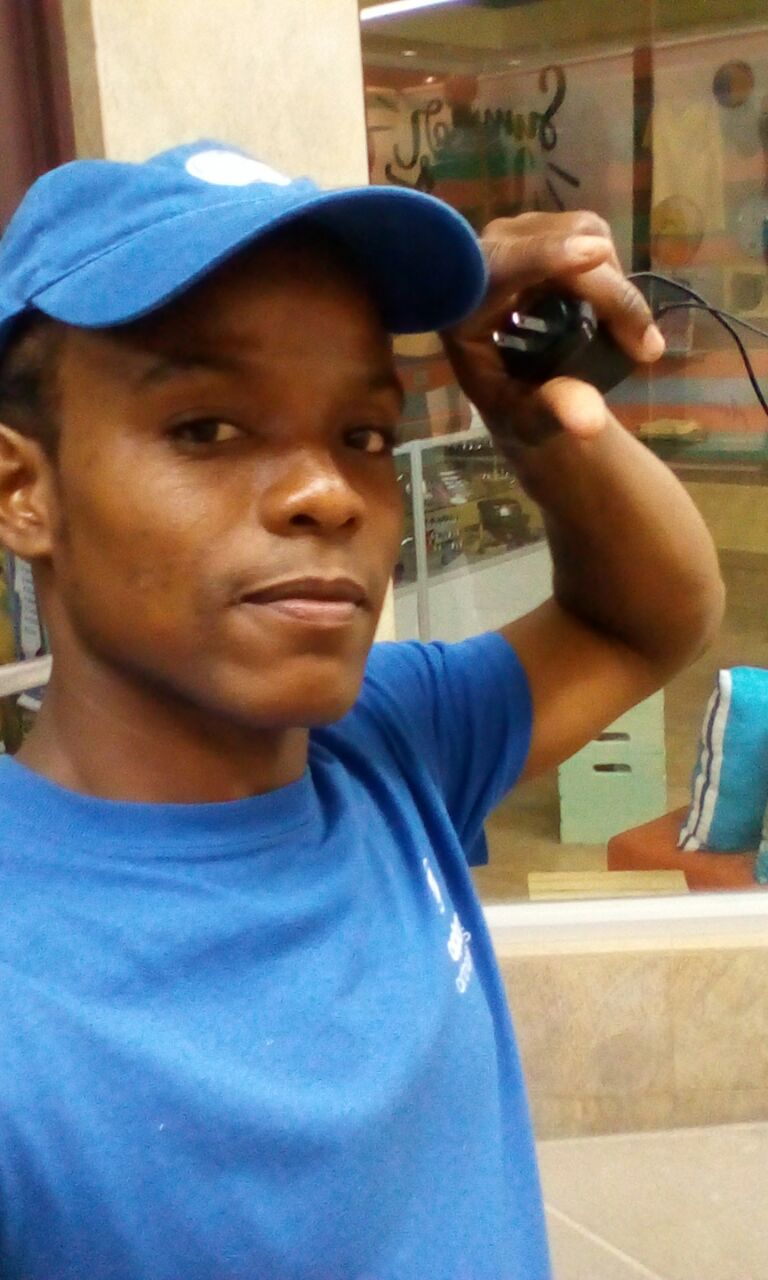 In this installment of Our Stories, upcoming artiste, Oniezel explained how he almost lost his life…For many people, Jamaica is pictured as an island paradise – white sandy beaches, a beautiful and vivacious culture, rich and wholesome food, and attractive people. And while that image is not far from the truth, if the lens is focused on the inspirational stories of ordinary Jamaicans, you’d find a sharper, richer and truer image of the Jamaican experience…this is Our Stories! This young, artiste from Kingston 11 was struck with a knife after he intervened in a physical altercation between his then-girlfriend and her uncle. Oniezel recalled running to his girlfriend’s rescue when he heard the barrage of curse words and shuffling. However, when I sat down with the young lyricist from Kingston 11, he said the backlash he received from his girlfriend and her family forced him to reconsider his courageous move.

1.So why were they arguing?
It was a Sunday….she said she didn’t want to eat chicken, she wanted Turkey neck. I bought the turkey neck and her grandmother cooked the chicken. When her uncle came, he went in the chicken and the turkey neck pots. He didn’t ask any questions. She heard the pots shaking up and she asked him about it. He (her uncle) just box her ear. And she was 8 months pregnant at the time.

2. Wow! How did you get involved?
That was where I got involved. And him ask if mi a bad man. Few wrestling and chair hit in chest and we tumbled down and the point of the knife stab me in my head. (When he stabbed me) I never feel well, and somebody from outside came in and held us back and then they took me to the hospital.

3. Was the stab deep?
No. But they (doctor and nurse at the hospital) said I should have done an x-Ray. I just wanted to go home because mi nuh too like hospital.  I used a grey ganzie shirt to stop the bleeding and the entire ganzie turn red.

4. What did your girlfriend say about it?
(Laughs) nice topic. She said, ‘my uncle should have stabbed you and killed you’. 5. Really? Did she say that right after the incident?
Not immediately after…probably like six months after. But sometimes people say some things you don’t really put it pon practice because sometimes a di devil a speak, it’s not really them.

6. Are you still involved with this woman?
No she’s not my present girlfriend.

7. Good move! Now, let’s talk about your music. How would you describe Oniezel, the artiste?
I don’t know if you know the brand, Diezel, well I use to wear it a lot….so they removed the “D” and add “On”.

8. How old is your music career?
From back in high school, from 2004…I didn’t have any help so I didn’t take it serious. 9. Have you been recording music since 2004?
No. I have never been in a studio. I write my lyrics and I tape myself and let people listen to me. (People) tell me that I should go to the studio but you have to have your money.

10. So, how are you building your brand as an artiste?
I use my WhatsApp phone and I play some rhythm and voice lyrics (while the rhythms are being played) and share with my friends. They can tell (my productions aren’t studio quality) but they can give it a 90 percent.

That’s innovative Oniezel and all the best in your career.

Our Stories is a feature which shares the other side of Jamaican business owners: their innermost thoughts, inspirations, and personal stories. Are you a Jamaican with a story to share? Contact us [email protected].