Our Stories: I Was an Emotional Wreck after His Death- Queen JoJo - Jamaicans.com 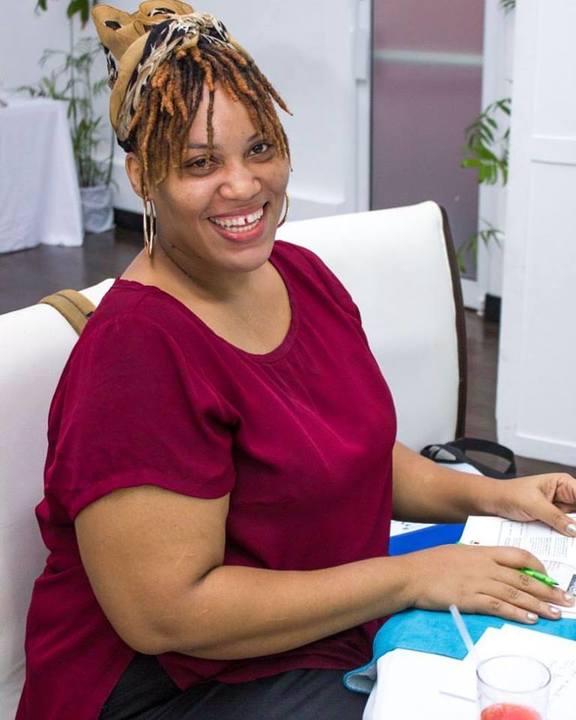 In this installment of Our Stories, Jody-Ann “Queen JoJo” Beckford talks about the emotional stress she endured after her father’s death….For many people, Jamaica is pictured as an island paradise – white sandy beaches, a beautiful and vivacious culture, rich and wholesome food, and attractive people. And while that image is not far from the truth, if the lens is focused on the inspirational stories of ordinary Jamaicans, you’d find a sharper, richer and truer image of the Jamaican experience…this is Our Stories! 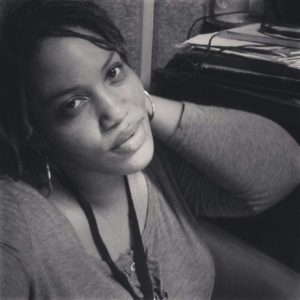 When she was 17 years old, her father, Mark Beckford was robbed and murdered. The news of his death was hard to accept as Queen JoJo identified her father as a defining figure in her life. As she retraces the years following his death, Queen JoJo vividly describes how she engaged in excessive alcohol drinking and partying as she attempted to drown the hallow emptiness inside. And while the depression seemed to define her for years, Queen JoJo gives credit to her sister and mother who assisted her to achieve professional qualifications to secure a decent 9-5 job.
When I sat down with this young, artiste manager, she explains how she overcame the depression and went on to successfully complete a radio internship and subsequently secured a part time job at ROOTS 96.1FM.

1. What were your thoughts when you heard that your father was killed?
We were just getting close with each other. I took it very hard because I asked myself, ‘why?’ I spent the last three days of his life with him basically and I said, ‘why get my hopes up? Why him do dat to me and know that he’s going to die?’ I took that very hard and I was just out of control…in the sense where drinking, partying, no real goals for life, didn’t have any desire for life, didn’t want to live either.

2. You mentioned that you had the support of other family members such as your mother and sister, why did it hit so hard?
I always say it but people think I’m being too dramatic. A man being in his daughter’s life is so important because I think it’s the father’s responsibility to let his daughter know how much she’s worth, who she is as a person, what she deserves, what she shouldn’t take, how beautiful she is. If she can hear that from her father firsthand, I don’t think no other man can tell her anything else. And my mommy did her utmost best. She did everything a single parent should do, she worked very hard but there was something about me…I wanted that acceptance from my father, I wanted that daughter-father relationship and I didn’t get that opportunity….I was such an insecure child, an insecure teenager….

3. How was the depression manifested?
I didn’t do so well in high school…and I went back to school, School of Excellence, got some subjects but….I genuinely didn’t know what I wanted to do. I was just trying to keep afloat…. When you are not emotionally stable, you can’t be your best self.

4. When did you realize your healing process began?

(While working at my previous job)…I started to feel that emptiness again and I am like, ‘what am I doing with my life?’ Because people think once you’re in an office job, you just answer phone and send off emails. That was not it! I was introduced to social media management and I found it very easy…I built the company’s (Facebook) page and brought it to where it is right now…got new customers and I was really proud of myself…So I was on social media scrolling and I saw an ad, ‘ROOTS FM looking for persons to train’ so I said to myself, ‘how can I lose?’. So I sent it (the application) and they responded the same afternoon!
I got called for an interview. It felt good! (I was thinking) probably I am not so worthless, maybe somebody else see a little potential in me or I can actually do this… I went to the interview and who was it? Rosamond Brown, I think everybody knows that lady’s voice. She’s from FAME FM to KOOL 97 and she’s known so well for that soothing voice. It was a very short interview so I was like, ‘nope, didn’t get it’. 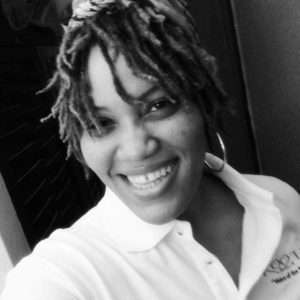 5. But you were selected! How was the internship?
You would think by then, there would have been some form of security to say, ‘you can do this! They accepted you’ but when I met up with the persons that were in training, I was like ‘Girl, why you try to reach somewhere, you know you can’t attain’ because everybody else (other trainees) either had their degrees or pursuing their degrees and I’m just here man. I did two courses up at UTECH but they were not like degrees…Miss Rosamond was very hard on me, I couldn’t understand why but she realized that I had the potential to become a radio personality.

6. So where are you now in your media career?
I am at a good place, persons actually know about me. I have two programmes on ROOTS FM, Extraordinary Abilities and E-Flexx. The other day, I was on E-Flexx and I literally just came off the air and somebody (a listener) literally drove in to ROOTS FM’s (station yard) to see who was just on air. He was like, ‘I wasn’t necessarily interested in your topic, but you sounded really good. You made me want to listen’. This was the universe saying to me, ‘Continue’.
Radio is not easy, as some people would think and you don’t get rich off it. You have to capitalize on the opportunity that is being given to you.

7. And you’re also an artiste manager, how many artistes do you manage?
I have three artistes in total. I get them interviews, I get them event bookings. I am very honest, I am new to this, maybe a year and some months but what I have accomplished so far, I don’t think many persons (have achieved this much).

8. Where do you see your career in 5 years?
I should be a well-known radio personality and my artiste management company should be up and running.

9. Now what is your message to a woman who is presently struggling with depression?
I won’t tell her not to feel what she is feeling now. Just trust the process and don’t listen to that doubt. Most people tell you about the good voice but there are two voices. (The bad voice) will tell you ‘you’re not going to make it’ and some people are going to come around you and confirm that… I’m a spiritual person so I’ll say trust God and pray. I think I’ve grown a whole lot…that girl Jody and this girl Jody, totally different woman (laughs).

Beautiful! Thanks for sharing your story with us Queen JoJo!