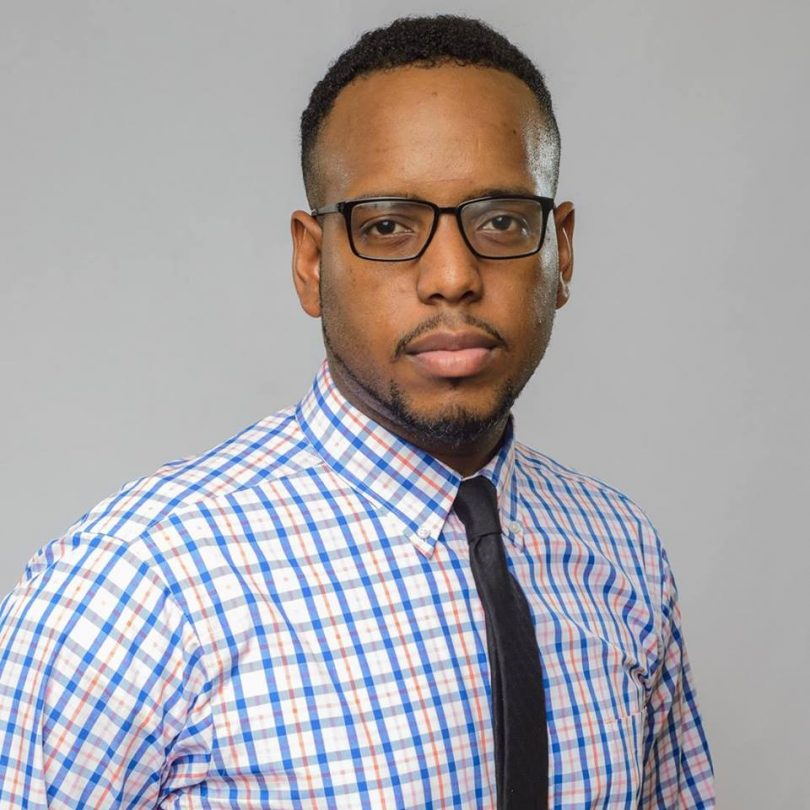 In this installment of Our Stories, Jamaican business owner, Rory-Craig Walker shares how a Facebook post influenced his business idea…For many people, Jamaica is pictured as an island paradise – white sandy beaches, a beautiful and vivacious culture, rich and wholesome food, and attractive people. And while that image is not far from the truth, if the lens is focused on the inspirational stories of ordinary Jamaicans, you’d find a sharper, richer and truer image of the Jamaican experience…this is Our Stories! 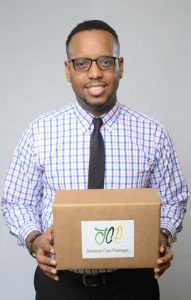 This young, Jamaican entrepreneur said just before falling asleep one night he thought of a brilliant idea to establish a company that ships Jamaican snacks to homesick Jamaicans across the world. Rory, who left his full-time job to pursue his entrepreneurial venture, said he remembered seeing an old school friend’s post on Facebook that she was in dire need of Chippies Banana Chips.

While he did not follow up on that unofficial request, Rory said he took no more than a week to set up a make-shift business page on his personal blog to test out his new idea. Three years after, Jamaican Care Packages Limited distributes Jamaican snacks to Jamaicans anywhere they are in the world.

1.That’s amazing for a 3-year old company Rory. Let’s backtrack a bit, why were you willing to sacrifice your steady 9-5 job to pursue this business venture?
I was actually in bed one night and I was just scrolling through Facebook and I saw a friend, I think she’s in Japan…and she was saying, ‘bwoy enuh I would love some Chippies right now’ and I was like,

2. So you set up the business page on your blog and started promoting the service, how long after did you receive your first order?
We started really really small back in September 2014. I had just put a page on my blog; it was nothing fancy because I was just testing the idea and I sent everybody to it and I was waiting for persons to place orders.
After we launched, no orders were coming in and I was feeling a little discouraged…then after a couple days, I got the first order.

3. What was the first order?
Well at that time, we only had one thing you could order, the full care package that had like two bags of chippies, some milo, condensed milk, bun, some cornbeef….so much things have changed since then but that was the first package we offered.

4. What was the customer’s feedback when she got her care package?
Her feedback was amazing and that helped me to say, ‘yea Rory, I’m on to something’. She took a photo and posted it on Facebook. She had like a tabletop and she used the items (in the care package) to decorate her table. Underneath (the photo) she said, ‘I got my stuff from Jamaica, I haven’t been home for so long….”. The feedback was very positive.

5. Excellent! Now that was 2014, it’s now 2017. How has the business grown since then?
I’m very happy to say that currently Jamaican Care Packages ships worldwide, which is anywhere in the world. But the most popular are the United Kingdom and the United States…and just this week we shipped our first package to South Korea, we (also) ship a lot of packages to Japan…We started with just one package…but right now on the site, we have up to 6 (packages). We have a snacks packages, we have a Big Foot and Tiggaz package, we have a rum cake and Tiggaz package, we have a chippies package and then we have pepper shrimp and banana chips package. And we also have the full care package that we started with. During the Easter time, we have our Easter package with the big Easter bun and Christmas time coming up so we also have a Christmas package which has a Christmas cake, sorrel chutney, etc.
We really have grown the packages a lot since we started.  And now people are able to customize their packages. Persons can come on the site and build their own packages. 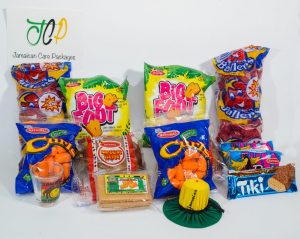 6. Which package is the most popular?
The Big Foot and the Red Balls Package.

7. I know the red balls snack, I use to have it a lot when I was in prep school. What is one of your most memorable experiences doing business with Jamaicans abroad?
A lady got her package and like she posted online, ‘I’m so happy that I can pass on the snacks I grew up eating as a girl to my daughter.’ She was just saying, she wants to grow up her daughter like a Jamaican but up to now, her daughter has never been to Jamaica….Stuff like that, I never thought that the simple business that I was doing was helping someone to pass on the actual culture of Jamaica to her daughter. I would say that stood out to me….there are so many stories like that.

8. Do you only receive orders from Jamaicans living abroad?
We have a few non- Jamaican customers. We have a few persons who come to the island and taste some of the snacks and want to get them. And we have customers who have a lot of Jamaican friends or have Jamaican partners…I remember a lady had done a package for her (Jamaican) boyfriend. But really the mass of our customer base are Jamaicans.

9. Now, let’s talk about some of the hurdles you have overcome as a business owner. What has been your biggest challenge operating Jamaican Care Packages?
I think the main challenge we had was collecting payment because there’s a big issue with online commerce in Jamaica. We were using PayPal so we would have to request a cheque and wait a month to collect the cheque and wait a few weeks to change a cheque. If you’re running a business, you know how important cash flow is. And you can’t be waiting 6 weeks to get cash. …What we had to do was to register a company in the US and pretty much have that US entity deal with the actual credit card processing and then wire down the funds on a monthly basis.

10.How do you see this business expanding in the coming years?
Pretty much to get the Jamaican operation in tip-top shape and we’re almost there but that’s the thing with this business. This problem isn’t a Jamaican problem…anyone who has left their country misses the snacks (native to their home country). In the next year and a half, we are looking to expand to other Caribbean islands to Africa and to Mexico.
I would say that’s pretty much the goal for JCP after we have brought the Jamaican model as efficient as we can….

Sounds great Rory! I wish you all the best.

If you’re considering a gift item for your loved ones this Christmas, try out one of the tasty and attractive Jamaican Care Packages.

Our Stories is a feature which shares the other side of Jamaican entrepreneurs: their innermost thoughts, inspirations, and personal stories. Are you a Jamaican with a story to share? Contact us [email protected]m.