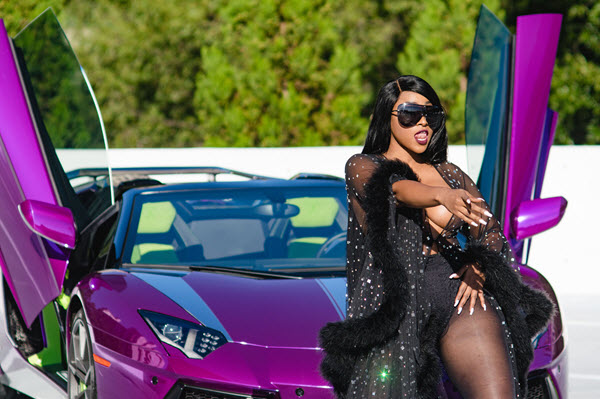 The Good Good Production Label, to which The Curvy Diva has been signed since late last year, has spared no expense to ensure that the success of the single worldwide is mirrored by the quality of the official music video set for official release this October.

Already the overseas leg of the video has been completed with the artiste visiting Atlanta earlier this month to film with popular US based production company HD Genesis Films.

“It was really a great experience working with HD Genesis Films in Atlanta and I believe the vision of the video is materializing in the right direction. Its true to life of my own lifestyle, a mix of premium high- end with down to earth ghetto vibration, ” Yanique explained.

The local leg of the video is set for this Saturday and will be shot at various locations including Standpipe in Kingston. The team from HD Genesis Films will be directing the Jamaican leg as well as local video directors BlingBlang Productions.

The local scenes will depict the down to earth ghetto vibrations of the Curvy Diva’s own life and showcase the fashion and style befitting her role as a Jamaican fashion icon. Yanique is however tightlipped about specific details of the video treatment itself but assures her fans that the concept and visuals definitely won’t disappoint.

“Everything is on point for the varying looks for this video, the hair, the clothes, everything. We took our time with this video because we wanted the song to climax first and now that it has gone viral it’s the perfect time to properly shoot the visuals. We hope everyone loves it as much as they love the song,” Yanique added

Yanique is also currently in studio working on another single for Good Good Production as well as finalizing aspects of her collaboration with I-Octane that will be featured on his upcoming album. She performs next on the Yello Pages ‘Take Style Out’ Tribute to Dexter 3D Pottinger on October 5 as well as the Zipfm’s Edu Village High School and The Release College tours this October.