Taking a dump in a billionaire’s bathroom — Just Being Funny By Caribbean Comedian Onicia Muller - Jamaicans.com 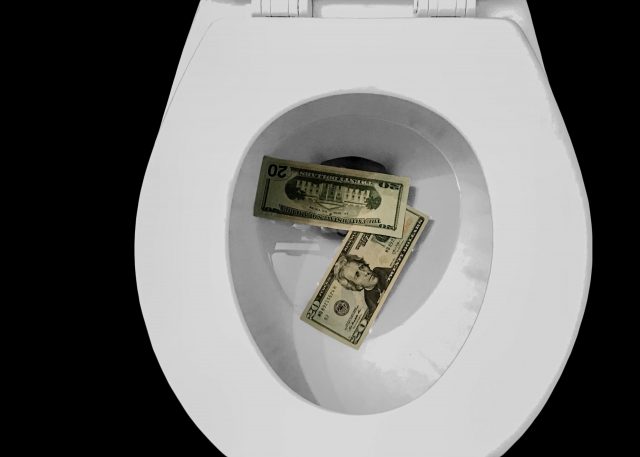 “Are you Onicia?” I looked around; No one was within shouting distance. “Onicia Muller?” Was this God or schizophrenia? I peered into a nearby bush. If a secret intelligence organisation was recruiting me, I should respond like a Super Spy™.

The voice guided me to the billionaire’s home office, where I was filling in for the receptionist. No super-secret spidentity for me today.

Well, at least I learned that while millionaires mount large and highly-visible cameras at their gates, billionaires have unseen cameras and two-way communication systems around their block! So, don’t try no stupid movie stunts like pretending to walk my dog while discussing my Ocean’s 8 fantasy.

Whispering into my walkie-talkie like: “I jUSt NEutRAliZEd THe LEft WinG seCUriTY”.

Calm down, Debbie Ocean! By destroying that humanoid robot, I triggered the silent response protocol where the central air system released nerve gas. Now the only thing getting ‘neutralised’ is me!

The four-story building contained living quarters and a finance firm. I guess even though they employed twenty stock analysts, it’s technically still a home office.

“Man, I hate the one per cent and their luxuries!” My irate roommate then dared me to take a dump in the bathroom.

Political praxis can be profound like a peaceful protest or petty like popping a squat in a billionaire’s pristine bathroom.

But-a-tat-tat, I’d quit my job and delete LinkedIn if a co-worker ever had to unclog my booty logs. Belly? Boiling! Clock? Ticked and tocked! My life might be in danger, but I *clap* will *clap* not *clap* doo-doo on da job. I rather slither to a nearby business to do my business.

No, I found another way to toy with the rich. As the “wealthy” money men showed up, I dared them to sit on the ‘so valuable it belongs in a museum’ furniture. Only half accepted my challenge. Even fewer dared to drink while sitting.

Me? Meen care ‘bout spilling tea on this man couch. What he gonna do, sue me? Pahahaha, I’m poor!

I lowered my bum and shat-a-tat-tat-ed into the billionaire’s toilet. My unwashed hand pimp slapped his gold statue. “Take that, one per cent!”

Spidentity: Lowly receptionist. Mission: Become an Executive Assistant; access the elite’s personal potties; and drop a deuce so hard that my eyes – and the eyes of all the radical Executive Assistants who came before me – watered.

Until then, I had to flush and clean up after myself because this fight was against the mega-rich, not the working class.

Shout out to the security man dem who permit petty protests. Y’all the real Super Spies™.

Photo by fran hogan on Unsplash