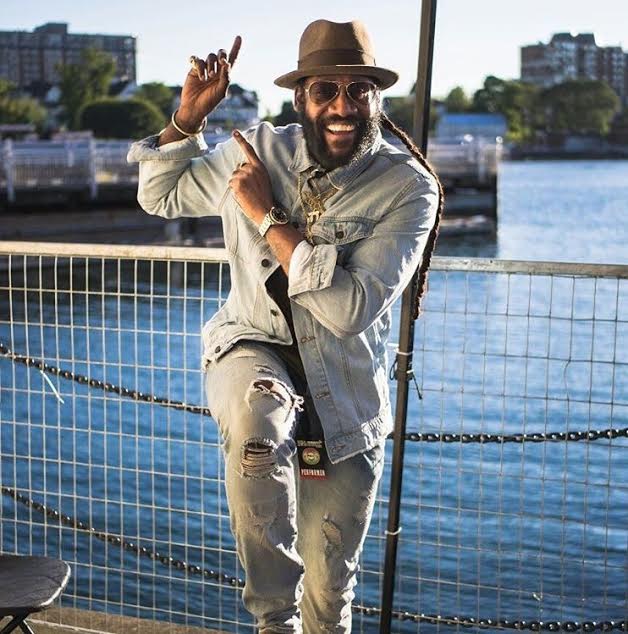 Over the past few months Tarrus Riley have been busy making his rounds on his North American tour. With a break in the tour, Tarrus Riley was off to the Caribbean where he was scheduled for several major shows. Now back in North America he resumes his tour, which kicked off in Seattle, Washington, where he performed to a packed house igniting his fans with each song performed.

During his performance it was evident that Tarrus Riley newly released single Just the Way You Are was an infectious and powerful song. ‘Just the Way You Are’ seems to have started a movement, which have persons making the extra effort to acknowledge their beauty just the way they are. “With social media I tend to feel the urge to do surgery to fix my nose and enhance my butt, but the only reason is because of what I continuously see being promoted and liked on the gram. I must say hearing the single by Tarrus Riley, ‘Just the Way You Are’ made me feel as if I’m okay just as I am. What changed my view of myself is seeing all the short posts on IG of persons singing ‘I Love You Just the Way You Are’ sparking something within myself that nothing is wrong with me, why am I trying to be someone else” says Marsha Wyatt of Newark, New Jersey.

While on tour, Tarrus Riley’s single with Grammy Award winner Estelle, ‘Love Like Ours’ was released and is currently gaining momentum on all major streaming outlets. To exciting and positive reviews from fans worldwide, VP Records recently premiered Love Like Ours , taking social media by storm.

Its is evident that Tarrus Riley enjoys performing for his fans, whether in a club or major festivals like Grace Jamaican Jerk Festival, which he performed at yesterday in Washington DC. Tarrus Riley makes a conscious effort in between songs, to let patrons fee apart of his show and know they are experiencing Tarrus Riley live in concert. Reminding them this is not a stage show, where he sings a few songs and run off but instead he performs his catalogue get the audience involved and showcase sweet reggae music.

“His enthusiasm for singing is obvious and infectious, Singy Singy was just amazing and I will see him perform over and over again in concert” says Thomas McCleod of Washington, DC.

Next up for Tarrus Riley is Norfolk, Virginia followed by a week long of shows, ending in Queens New York, where he co-headlines with international superstar R.Kelly at Roy Wilkins Park.