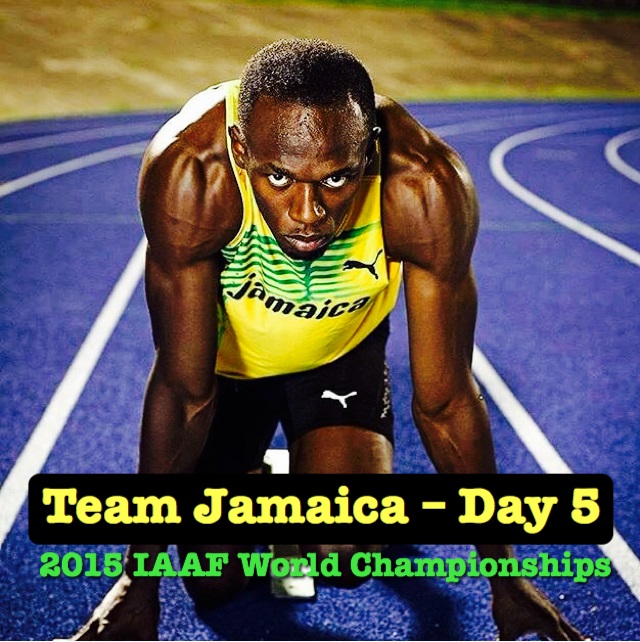 Day 5 of the World Championships in Beijing started for Team Jamaica with the men’s 5,000 meters in which Jamaican Kemoy Campbell was unable to qualify for the next round after a time of 14:00.55. Next, the women’s 800m featured Jamaicans Simoya Campbell and Natoya Goule, both of which, however, were unable to advance. The men’s 110m hurdles did see success for Team Jamaica though, with Omar McLeod, Andrew Riley and Hansle Parchment all qualifying for the semi-final. The afternoon session of day 5 featured the women’s 200m in which Jamaicans Elaine Thompson, Veronica Campbell-Brown and Sherone Simpson all qualified for the next round. Next, the women’s 400m hurdles saw medals up for grabs for Team Jamaica with Janieve Russel and Kaliese Spencer competing, however both were unable to place. The semi-finals of the men’s 200m featured qualifications from Jamaicans Nickel Ashmeade and Usain Bolt while Julian Forte and Warren Weir will be watching the men’s 200m final elsewhere after failing to advance in their respective heats. Day 6 in Beijing will begin with the men’s discus throw qualification.