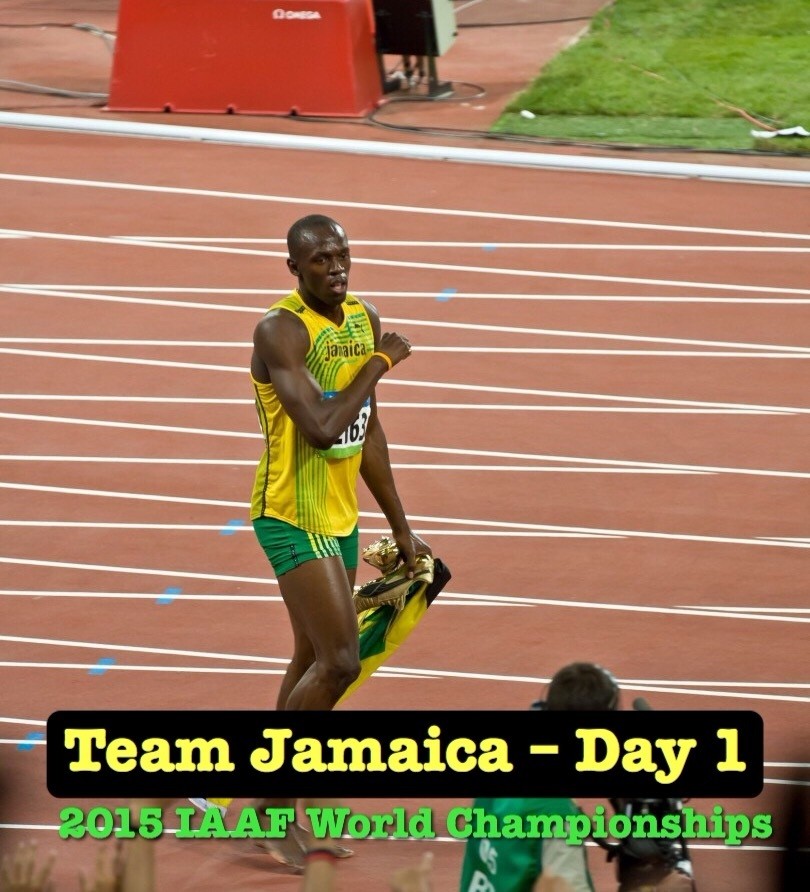 The 2015 IAAF World Championships in Beijing opened up with the men’s marathon Friday night (Saturday morning if you are in Beijing) which was won by Ghirmay Ghebreslassie of Eritrea after two hours twelve minutes and twenty eight seconds while no Jamaicans competed in this opening event. Fast-forward about an hour and a half later to the second event of the opening day and the first women’s competition, the 100 meter hurdles, which features Jamaican heptathlon athlete Salcia Slack. The 25-year old competed as part of the second of four heats in this event and while she got off to a promising start she was only able to finish eighth out of nine in the heat after unfortunately brushing the second hurdle. This performance was enough to give the lone Jamaican competing in this first of seven parts event 981 points landing her in 26th place early on with the Dutch woman Nadine Visser leading all after allocating 1,153 points.

Next we have the women’s shot put qualification taking place after the men’s hammer throw qualification in which we will ignore as no Jamaican’s took place in this event. Jamaican Danniel Thomas was unable to qualify for the shot put event however after she finished 12th of 12 in group A with a high mark of 16.62 meters. German Christina Schwanitz led all competitors in qualification with a mark of 19.39 meters. Continuing with the second event of the women’s heptathlon, the high jump with Salcia Slack featuring as part of Group B. Slack was only able to manage a best jump of 1.62 meters after falling short on all three attempts at 1.65 meters giving her 759 points for the event and a total of 1,740 points after the first two events of the heptathlon sitting in 31st place with Brits Jessica Ennis-Hill (2.192 points) and Katarina Johnson-Thomas (2,162 points) leading the way, respectively. The men’s 3,000 meter steeplechases as well as group B of the men’s hammer throw qualification along with the women’s 1,500 meters, men’s 800 meters and finally the men’s 100 meters (all without Jamaican athletes) concluded the events for the morning session on the opening day of the 2015 IAAF World Championships. The afternoon sessions of day one will be underway by 5:30am (Jamaica time) with the women’s shot put and will be the third event in the heptathlon.