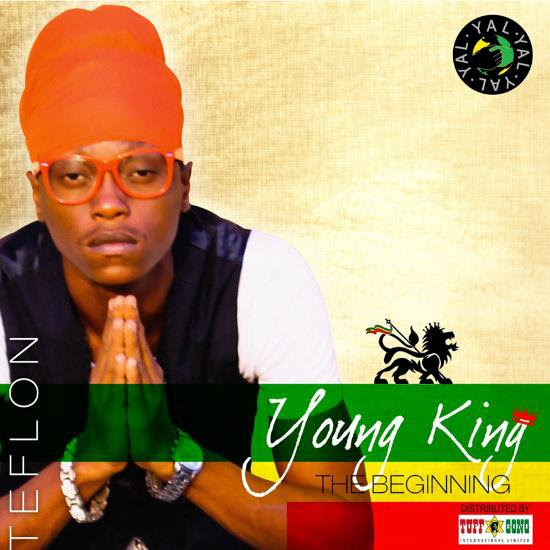 With an album release date set for November 27, 2015, Rastafarian singer Teflon the Young King is making good on his promise to spread the message of Jah, love and respect globally to be well received as one of Reggae/Dancehall’s young icon providing innovative reggae music for global listeners . The singer who is dubbed the “Young King” based on his readiness to always help and impart knowledge to the youths whether via charity events, participating at University seminars, town hall gatherings or free community concerts, recently delivered a triad of exuberant performances on his Europe and US “Young King Meets The People” promotional tour for the awareness of his upcoming album.

As the culmination of November draws close, Yard A Love Records the artiste’s Management Company inked a distribution deal with Reggae Legend Bob Marley’s Tuff Gong International handling both digital for Teflon throughout the world for downloadable, mobile and video contents.

In a statement to the media Tuff Gong International Executive Label Manager Myshjua Allen says “Tuff Gong is looking forward in working with Teflon and the Yard A Love family. Teflon’s ”Young King” mission is the beginning of what we believe can be a great and successful partnership for both companies because we share the belief that you must first start with a quality product that we can then work together to bring to the world. Teflon touring to support the album is also a key part of the strategy because they will be able to gather additional content that can then be used as digital marketing tools to drive people to streaming and downloading the record.”

Similar sentiments were echoed by Teflon’s team citing that “Yard A Love Records welcome Tuff Gong’s partnership with Teflon on his road to greatness. Teflon is a brand of Jamaica, as he envision the perseverance off our culture and Reggae/Dancehall Music wherein the youths respect him and see him as a role model. Likewise, the industry players see that he is mature and is at the apex of his musical mission wherein the industry need him now. He is the one that will lead us into the next chapter of our music history as he is a great communicator of our music and culture.”

Dedicated to his mother, born in November, and died when he was at the age of one year old, fans will be able to pre-order the album digitally on November 24, 2015 before it’s released on November 27, 2015.  Titled Young King The Beginning the album consist of 15 tracks plus one bonus track along with an intro. The Album sees Teflon speaking about social commentary, equal rights, human social transition out of their daily struggles, love, female respect, Love for the Almighty, to a collaboration with Reggae legend Lee Scratch Perry and riddim compositions by Reggae’s great musicians Sly Dunbar, Worm, Dalton Browne, Robbie Lyn and Dean Fraser.

Meanwhile, with the main focus thrust upon promoting his new single and video “Not Today” from the Album. Teflon will start in November with the west coast leg of his USA “Young King Meet The Poor Tour” to promote the album.  Also he will be doing three launch events worldwide wherein California will be the first, Jamaica in December the second and Europe in 2016 to promote his message of love and respect.