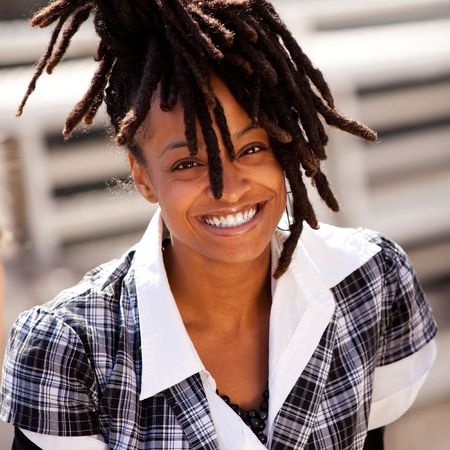 In my own mind I’ve accomplished a lot. I’m a nationally and internationally syndicated television producer and a regionally published columnist. I’m well educated and easily command attention and respect when given a platform to make my opinions known.

Yet I’m often mistaken for the secretary in my small, shared office space, or when I’m introduced as the producer of a national show, people correct the introducer to specify – “oh, available just in South Florida?” or “oh, you do the voiceovers?”. I’ve gone into meetings with people who I know pay much more for much less than we offer, and with offerings of comparable quality. Yet our targets “don’t see the value” and meet us with blank stares.

People have asked me if being a black woman has been helpful or a hindrance in my professional pursuits. I’ve always said “no” because in my own mind it hasn’t. But from the outside, I have to wonder.

I’ve seen wealthy white men in dusty overalls command respect based on what they do, not what they look like. I’ll admit I’m very low maintenance and don’t pay much attention to hair, nails and brand name clothing, but are those things really necessary for us black women to be taken seriously? A friend shared with me that black women are the fastest growing group of entrepreneurs in America. I believe it because when educated, we are ambitious, authoritative and uncompromising where it counts. But out of the appropriate costume, even among our own peers, the default assumption is that we’re “the help”.

It is an unfortunate reality that we may continue to deal with for a generation. It is perhaps why there is so much emphasis placed by our community on material things, often to the detriment of our financial well being. But as upwardly mobile women, our fallback is not private pity partying. We focus on our missions. We prove to ourselves and others that we are worthy of respect, whatever we look like. And we relish the thought that right now is always the best time to be who we are.