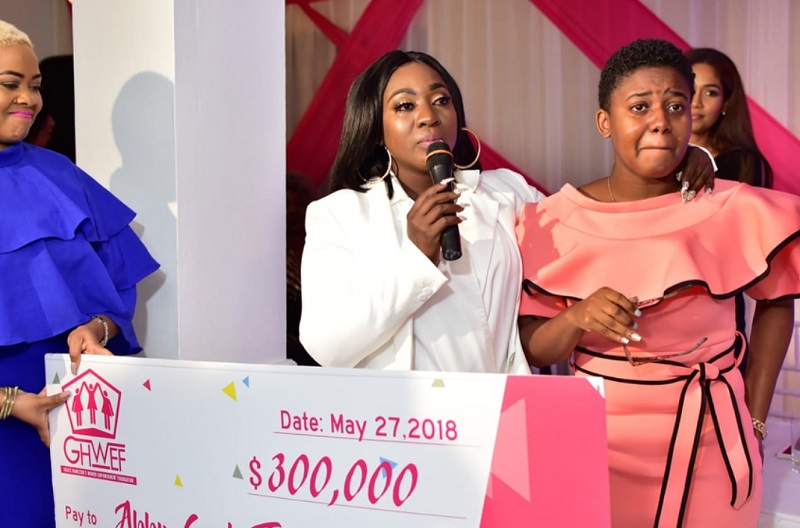 Hero: Our hero of the week goes to Grace Hamilton better known as Spice the queen of stage. Back in April the “Yes a so mi like it” artiste made an announcement via Instagram that she will be launching her long overdue foundation GWEF; which stands for Grace Hamilton’s Empowerment foundation. The artiste said her aim is to empower and uplift females who needs help. The launch was held this Monday with lots of celebs supporter such as Former Miss World and member of parliament Lisa Hanna, Miss universe 2017 Davina Bennett, Media Personality Debbie Bissoon and reggae artiste Ikaya just to name a few. The first lucky recipient of $300,000 is Abby-Gayle who had a hard time but her only wish is to start college this year Spice wrote on her Instagram. “We both got emotional simple because I too was once in a similar situation so I could feel her pain. If you follow Spice on social media or have seen her on Love and Hip Hop you know she is no stranger at sharing her story.

Zero: Our Zero of the week goes to the controversy boss Mr Vegas aka Di do #Usherhimout This was a sticky one for me deciding if Mr Vegas is our hero or our zero this week so I’ve asked the delegates of Lane Moute and #NoelNation to vote and they’ve voted zero.  it was definitely an act of bravery to defend women but I Personally believe in all things you must use wisdom. Mr Vegas who is now against Christ and religion had no reason to be debating with a Minister of religion about Christians and Christianity especially without a bible even though he was invited. Firstly, he went with Skatta Burrell who makes fun of Christians and churches. The Debate got heated and the “she’s a hoe” artiste mic was cut and they ushered him. But despite the negativity Mr Vegas did have a full week of media interviews from Cliff on Nationwide to Miss Kitty live Onstage and you name it. Vegas set to release an album June 29 so was this a publicity stunt? lol I don’t know.

One user on Instagram said Mr Vegas go sidung, dancehall refuse you cause you pick problem with everybody now the church nuh want you either. stop now man.

In case you missed the back story you can check it out on social media for more details.