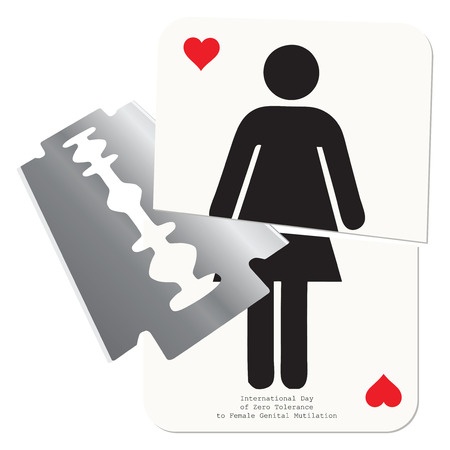 February 6 of each year is set aside by the international community to acknowledge the International Day for Zero Tolerance to Female Genital Mutilation. Female Genital Mutilation is the ritual removal of some or all of the external female genitalia.  This procedure differs according to the ethnic group and is most prevalent between ages 0-14 years of age. This procedure is typically carried out by a traditional circumciser using a blade, with or without anesthesia.

While genital female mutilation is not an issue in Jamaica at least some 200 million women and girls alive today have undergone female genital mutilation, with half of them living in Indonesia, Egypt and Ethiopia. The latest figures, provided by UNICEF, show nearly 70 million more girls than previously thought have been subjected to ritual cutting. Female Genital Mutilation is a creation by males to keep women subjugated and powerless. Men have no rights to tell women what they should do to their bodies. While I understand that female genital mutilation is steeped in cultural norms and practices grounded in patriarchy  there are sometimes serious health issues associated with female genital mutilation. There are social, physiological and physical consequences for girls and women who are often forced to have this procedure.  According to the World Health Organization the risk to girls who have had this procedure is severe and many face long terms health problems such as infections, infertility, complications in child birth, urinary problems (painful urination, urinary tract infections); scar tissue and keloid.  Disturbingly, only 18 per cent of female genital mutilations are conducted by health workers. Female Genital Mutilation has no health benefits and violates the human rights of women and girls.  Other countries practicing female genital mutilation include Nigeria, Somalia, Senegal, Sudan, Chad, Yemen, Mali, Burkina Faso, Liberia, Djibouti and Mauritania. It is also practiced among migrants groups in developed countries.  It is rather disappointing that issues surrounding gender and gender-based violence are not being discussed on the campaign trail by our political parties as Jamaicans prepare for the general elections of February 25, 2016. The mutilation of girls in an abhorrent deed and has no place in the twenty first century. The time to empower our women and girls is now.

About the Author
Wayne Campbell is an educator, blogger and social commentator with an interest in development policies as they affect culture and or gender issues.