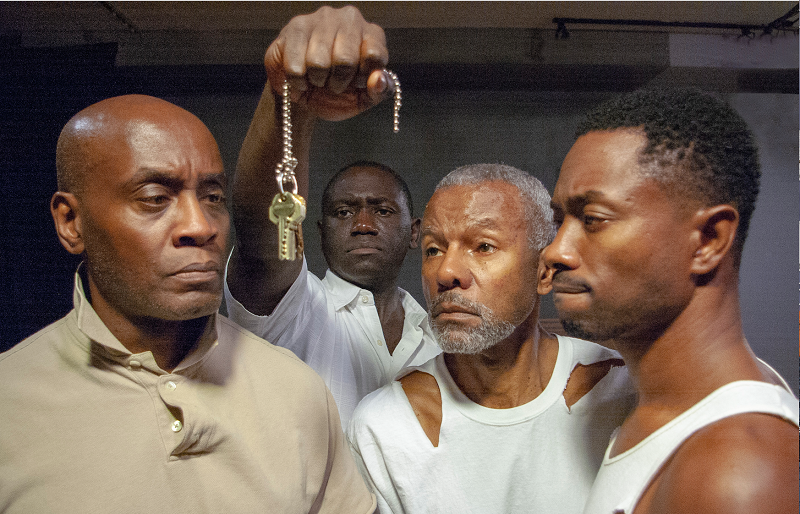 “The Key Game,” a play written by Jamaican-born Patricia Cumper, has been nominated for an AUDELCO Award for Outstanding Ensemble Performance for the 2018-2019 season. The play was co-produced by the non-profit Banana Boat Productions and in association with New Perspectives Theatre Company where it enjoyed its American premiere in Oct 2019.

The Audience Development Committee, Inc. (AUDELCO) award ceremony will be held Nov. 18, 2019 at the Tribeca Performing Arts Center in NY. Established in 1973 by Vivian Robinson, the organization was founded to honor excellence in African-American theatre. It recognizes both Broadway and off-Broadway productions.

“The Key Game” is the only off-Broadway production that was nominated for the award. It went toe-to-toe against theatre companies with much larger budgets and resources including The Atlantic, Lincoln Center Theatre, MCC Theater, New Federal/Castillo Theatre Company, and the Signature Theater Company. “The Key Game” was directed by Banana Boat founder and Artistic Director, Merlina Rich.

“We at Banana Boat Productions are over the moon that our incredible four-man ensemble has been recognized for their performances in this powerful piece of work. We are hoping that as a result of this nomination, the powers of the universe will conspire to help us present The Key Game again for a longer run. It should be seen by everyone. This cast really hit it out of the park in an extraordinary way, and as the director, it was truly one of the most uniquely gratifying experiences that I have had in theater.”, said Merlina Rich.

The play is set in a run-down Jamaican psychiatric hospital scheduled for destruction in the mid-1990s. The three remaining patients will be released and have no idea where they’ll go or how to function in the outside world. The last remaining nurse is their only source of support and has his own issues with which to contend.

The play is as relevant in today’s world as it was in the 1990s when many institutions were demolished for money-making land developments. In her play, Cumper raises questions about the nature of government care, the definition of normal, and human dignity.

Cast members were Marc Webster, Leajato Robinson, James Foster, Jr. and Jonathan Swain. Meganne George was the set designer and Joyce Liao was the lighting director. The play was commissioned by the Britain’s Talawana Theatre Company in 2004 and premiered in London where Cumper was living.

Cumper is an award-winning playwright, producer, director, theatre administrator, critic and commentator. She’s won accolades for her radio dramas, adaptations, and was runner-up in the inaugural BBC Screenplay First Award. She’s a fellow of the Royal Society of the Arts and was awarded a Member of the British Empire for services to the Black British Theatre in 2013.