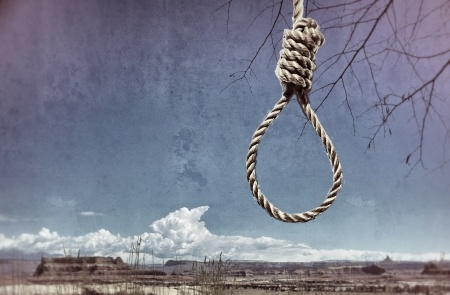 Theoretically I understand racism. Someone hates someone else because of the color of his or her skin. But as empathetic as I profess to be, every now and again I read or see something that shocks me into the more visceral reality. One that only North American black people could possibly understand. Those of us from the Caribbean went through slavery, but we came out of it differently. African Americans are still subject to denigration and bigotry that we can only imagine.

I came across an article about a Ku Klux Klan couple getting married in traditional fashion. Everyone in attendance wore their robes, even the little white dog. The couple stood together under a noose and had a burning cross somewhere out in the yard.

The article said that within the white supremacist group nationwide, less than 10,000 registered members remain. Judging from the “silent majority” that populates the Republican front runner’s rallies, if there wasn’t such a stigma on white supremacy, many more people might publicly champion its merits.

I remember in 2015 hearing about students at a young friend’s school who laughingly “instagrammed” nooses, chicken and watermelon, and proudly brandished confederate flags. Then I heard how the parents of the wayward students dismissed the incidences as kids just having a little fun. The cycle continues.

I love this country enough to have made it my home. But it is maddening to realize how oblivious some white people are to the legacy of their forefathers and how it is perpetuated by their flippant denial. Slavery didn’t end until December of 1865. Racial segregation only ended on paper in 1964, almost 100 years later. Many Republicans in government seem to be trying to bring segregation back into fashion, but that’s for another discussion.

In 2016, after 7 years of a black president who could probably win a third term if it was allowed, America is still pretty racially divided. That’s not a new discovery, but it is a sad reality that becomes sadder with every noose we come across nonchalantly hanging around on the internet.