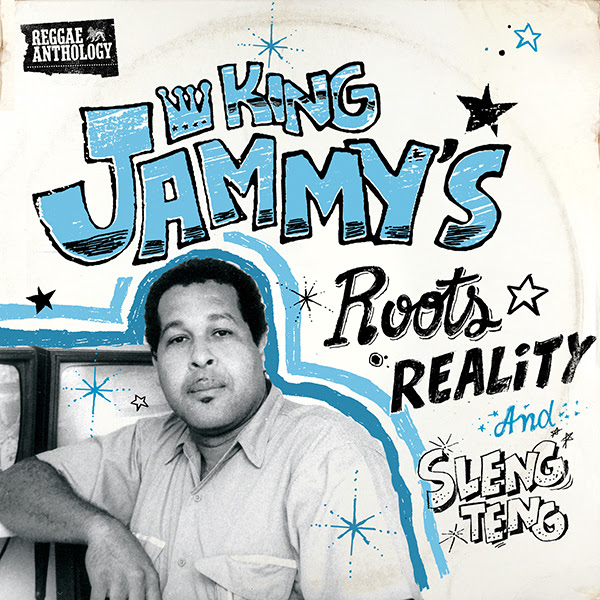 On July 24, 2015, VP Records’ vintage imprint 17 North Parade will release a brand new 2CD/DVD reggae anthology from King Jammy, one of Jamaica’s most influential producers of all time. Entitled Roots, Reality And Sleng Teng, the comprehensive collection chronicles Lloyd “King Jammy” James’ productions throughout the various styles and eras of reggae. From his live analogue recordings to the birth of the digital reggae to modern day reggae/dancehall, Jammy has played a pivotal role in every step along the way. This timeless 2-disc set shows his range and diversity as a producer over almost a 40-year span. The double-disc deluxe package features extensive liner notes written by reggae historian John Masouri as well as a bonus DVD documentary King At The Controls (originally released in 2006).

This week, LargeUp premieres a clip of the King At The Controls DVD which features footage from 1985 when he revolutionized Jamaica’s musical landscape with his groundbreaking hit “Under Me Sleng Teng” by Wayne Smith. It ultimately spawned the modern dancehall era with its innovative electronic production style shifting away from live instrumental rhythms.

King At The Controls is produced by Olivier Chastan and Johnny Wonder and set in King Jammy’s own Waterhouse community of Kingston, JA.  The bonus DVD disc gives a glimpse of where it all started and the man behind the boards – paying respect to Jammy’s  legacy and his commitment to reggae music.

Jammy’s indelible stamp on the genre is a tasty and importance slice of Jamaican musical history. The 2CD/DVD anthology Roots, Reality And Sleng Teng offer a solid sense of the icon’s innovative sound and production during multiple eras and showcases the young, unique talents who Jammy nurtured. It is authentic, authoritative and indispensable.