9 Things You Never Want To Hear A Jamaican Say About You - Page 2 of 2 - Jamaicans.com

This phrase is commonly used in the Rastafarian community to imply that the wrongdoer will likely incur hell fire for whatever perceived sin they’ve committed. It could be something as simple as saying the wrong thing or flouting what is considered a sacred rule like eating pork. Either way, you can take it to mean that you will reap the just punishment for your misdeed. 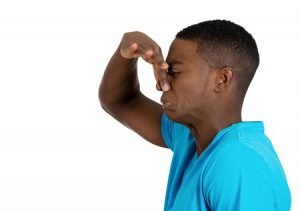 You Don’t Want A Jamaican to say “Yuh Mowly”

“Mowly” is the patois interpretation of moldy but in the Jamaican context it is meant to convey that you have an unpleasant body odour. Jamaicans generally dislike the smell of perspiration and will not hesitate to call you out if you were negligent in the use of deodorant.

Jamaicans are very generous people but we prefer that you wait to be offered than to come begging. If you make it a habit of asking for things without offering compensation of some kind then you will quickly earn the term as being beggy beggy.

9. You too Licky Licky 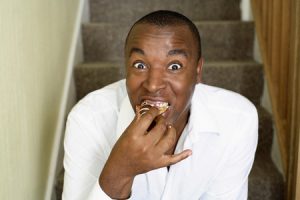 You Never Want a Jamaican to call you “Licky Licky”

This is similar to beggy beggy but is usually in reference to someone who shows greedy tendencies and will quickly compromise their morals for material gain. The ‘licky licky’ person shows little regard for morals and principle and is focused on success by any means, which often involves engaging in activities considered by the general society to be less than honourable.