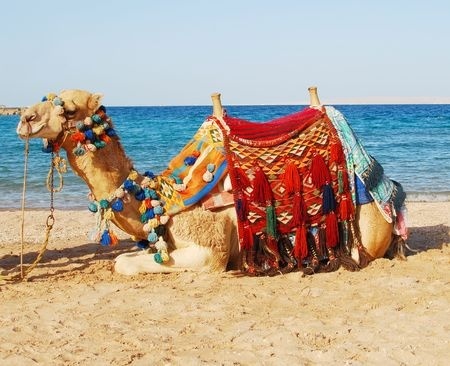 How well do you know Jamaica folklore and history. Here are 22 things Jamaican should know. They will make you proud and bring a smile to your face. Test your skills to see how many of these you knew.

1.  What animals, now  died out, were brought to Jamaica in the 18th  century to carry sugar?
Answer:  Camels.

2.  What is another name for “Halifax  Mutton”.
Answer:  Salt  fish. Originally a cheap source of protein  imported from Nova Scotia for enslaved labourers,  many members of the planter class referred to it  by this name while enjoying it as much as their  slaves did.

3.  Who said “I would rather die in yonder gallows  than be a slave another  day”?
Answer: Sam  Sharpe.

4.  Who said “The monster is dead. The negro is free”  and where did he say  it?
Answer: William  Knibb, midnight on August 1st 1838 in Falmouth. He  was preaching in what is now the William Knibb  Memorial Church.

5.  What would the child be “marked” with for  protection?
Answer: Laundry  blue or “coolie red”  (carmine)

6.  What is a cotta?
Answer:  A  pad of leaves or cloth placed under loads carried  on the head.

7.  What is “Zella”?
Answer:  Another  name for nine-night. (The  term may be unique to Portland) It  may be a derivative of zeli, the word for drum in  Ewe, one of the Kwa languages of  Ghana.

8.  What is the tea made from Love Bush good  for?
Answer: Colic,  asthma and “mirasmi.”

9.  Who declared that he would ascend to heaven on  December 31st and descend back to Jamaica on  January 3rd?
Answer: Alexander Bedward  the founder of Bedwardism. It was a popular Afro-Jamaican politico-religious movements from the 1890s to the 1920s. Bedwardism attracted tens of thousands of followers with a call for social justice, as well as socioeconomic programs for the lower classes.

10.  What would traditional midwives in days gone by  put on a baby’s navel after the umbilical cord was  cut?
Answer: A  dressing made of castor oil and  nutmeg.

11.  What would she put in the water for the baby’s  first bath?
Answer: Rum  and a silver coin. Tradition holds that the father  should provide the  coin.

12. Where in Jamaica had piped water before New York  City did?
Answer: Falmouth.  A 20 foot water wheel was installed in 1799 on  lands at Martha Brae, which was turned by the  current of the stream and emptied about 100  gallons of water per revolution into a wooden  trough approximately 20 feet elevation. A six-inch  main carried the water for about a mile into a  large tank in the town square of Falmouth. The  town square is still called “Water Square “as a  result.

13.  You can burn these leaves to keep away  duppy.
Answer: Croton.  (aka Rosemary)

14.  Which town has a clock tower that was paid for  by one of Jamaica’s German settlers and was  designed to look like a German (Prussian)  soldier’s  helmet?
Answer: Lucea.

15.  Where was the first place in Jamaica to have  electricity?
Answer:  Black  River.  It was installed by the Leyden family in their  house in 1893. The house is now Waterloo Guest  House at 44 High Street.

16.  Who was the first black Custos of St. Andrew and  what famous edifice did he  build?
Answer:  George  Steibel. Devon House in  1881.

17.  Why would you place a broom upside down behind a  door in your house?
Answer: To  make an unwanted guest go  away

18.  Solas Market became Jubilee Market. What was its  name before that?
Answer: There  are currently 4 main markets in Kingston: Jubilee,  Queens, Redemption Ground and Coronation. Solas  market was previously known as Chiggerfoot Market.  Chiggers used to be a common complaint amongst  slaves who rarely wore shoes. After emancipation,  the term chiggerfoot eventually came to be applied  to poor people. Several markets had this name,  both in and outside of  Kingston.

20.  What is a thunderball (or thunderbolt) and what is  it used for?
Answer: Any  smooth stone found in a field. They used to be put  in earthenware containers of water to keep it  cool. Known in other islands as “thunderstone” or  “lightening stone”, they are traditionally  believed to have fallen from the sky and used to  be of religious significance. The ones found in  Jamaica have been identified as Taino in  origin.

21.  What is pinda cake made  of?
Answer: Sesame  seeds and peanuts.

22.  What are senseh fowls good  for?
Answer: They  will unearth any ‘guzu’ buried in your yard. Also  used to chase mongoose.