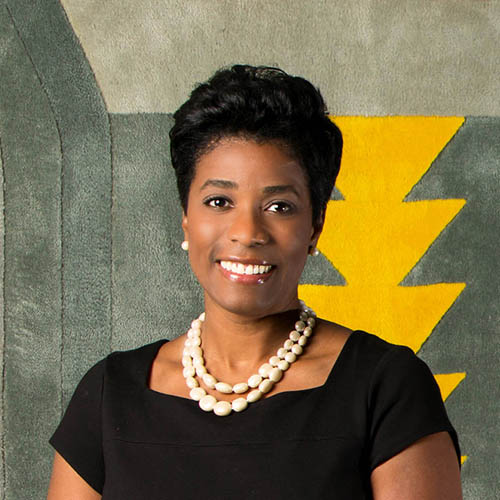 Three Jamaican women have been recognized by the Miami-Dade County Bar for their service and achievements in the legal profession with the Women of Distinction Award given by the Dade County Bar Association (DCBA). Founded in the early 1900s, the Dade County Bar Association is the largest voluntary bar association in Florida, It acts as the voice of the Miami-Dade County legal community. Founded in the early 1900’s, and officially incorporated in 1920, the DCBA’s goal is to support and inform the county’s lawyers, as well as the public and the community at large.
Marlene Gordon, of Bacardi U.S.A. Inc., received the Woman of Distinction In-House Counsel Excellence Award. Yolanda P. Strader of Carlton Fields Jorden Burt, P.A., and Leigh-Ann Buchanan, Executive Director of Venture Café Miami, were honored with the Woman on the Rise Award. 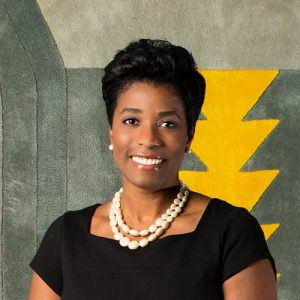 Marlene Gordon, originally from a rural community in Jamaica, serves as the vice president and general counsel for Bacardi North America Corporation, where she is a strategic business partner and senior key point of contact for legal and compliance activities for firms in the Bacardi North America business unit.  She is also a member of the Global Legal Leadership Team, the Americas Leadership Team and as Global chair for Bacardi’s Women-In-Leadership Program. Before joining Bacardi, Gordon worked for 14 years at Burger King Corporation, where she was vice president & assistant general counsel, chief legal crisis officer, and chair of the firm’s Women’s Leadership Forum. She received the company’s Crowning Achievement Award for her outstanding performance and accomplishments. Gordon also worked for Republic Industries, Inc., and the Blockbuster Entertainment Group. Early in her career, she was in private practice at a top Florida law firm. She received a B.A. in Economics with honors at the University of Chicago and earned her JD degree at Northwestern University Law School. In 2012, Gordon founded the Lynne Mitchell Foundation in honor of her mother. The foundation provides educational resources and opportunities for underprivileged children in rural Jamaica. 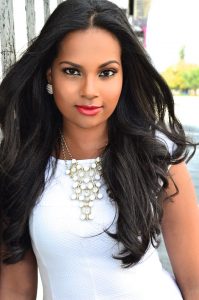 Yolanda Strader handles various complicated business litigation issues in her work as an attorney. Among these are those related to lenders, consumer finance, fraud, civil theft, misrepresentations and violates of the Racketeer Influenced and Corrupt Organizations Act. She also represents health care clients in business disputes. Strader is an active member of the South Florida legal community and served as past president of the Wilkie D. Ferguson, Jr. Bar Association, which was previously known as the Black Lawyers of Miami. As head of the organization, she led initiatives designed to enhance diversity in the legal profession. She is the director of the Board of the Dade County Bar Association and participated in the Man and Woman of the Year Campaign for the Leukemia and Lymphoma Society of South Florida. In 2016, Strader was chosen to receive the National Bar Associations “40 Under 40 Nation’s Best Advocates” award. In 2013 through 2016, she was named a Rising Star by Florida Super Lawyers, and in 2014, also received that title from the Daily Business Review. Legacy Magazine recognized Strader as one of the “40 under 40” Black Professionals and in 2013, as one of the “40 under “40 Outstanding Lawyers in South Florida by the Cystic Fibrosis Foundation, 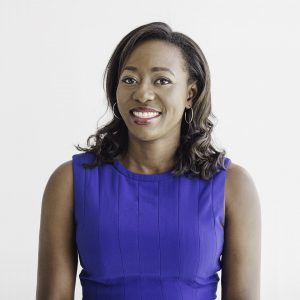 Leigh-Ann Buchanan, founding executive director of Venture Café Miami, facilitates sustainable growth, increase diversity, and enhance links inside the innovation and startup community in Miami. She has served as legal counsel to startups, multinational corporations, and entrepreneurs in many complicated business matters. Currently, Buchanan is chair of the ABA Coalition on Racial & Ethnic Justice. She has also chaired the ABA National Taskforce on Stand Your Ground Laws. She is an executive board member of the New Leaders Council Miami and Friends of the New World Symphony. Buchanan founded the Nyah Project, a fellowship designed to develop diverse youth leaders from underserved communities and is part of a collective of professional women who created Get Linked Miami, a youth workshop series that engages young people in STEM career education and coding. Buchanan has a JD from the University of Miami School of Law and a BA summa cum laude in International Affairs from Bethune-Cookman University. She was recognized as a one of South Florida’s 40 Under 40 Black Leaders in 2013 and received the National Bar Association Women Lawyers Division Rising Star Award that same year. She was a finalist for the Greater Miami-Dade Chamber of Commerce, HYPE Award in 2014 and Daily Business Review Rising Star in 2015. In 2016, she was name among the American Bar Association Top 40 Young Lawyers. Also in 2016, Buchanan was part of the Aspen Institute’s National Working Group on Inclusive Innovation and named Miami- Dade Chamber of Commerce David Fincher Young Innovator of the Year.