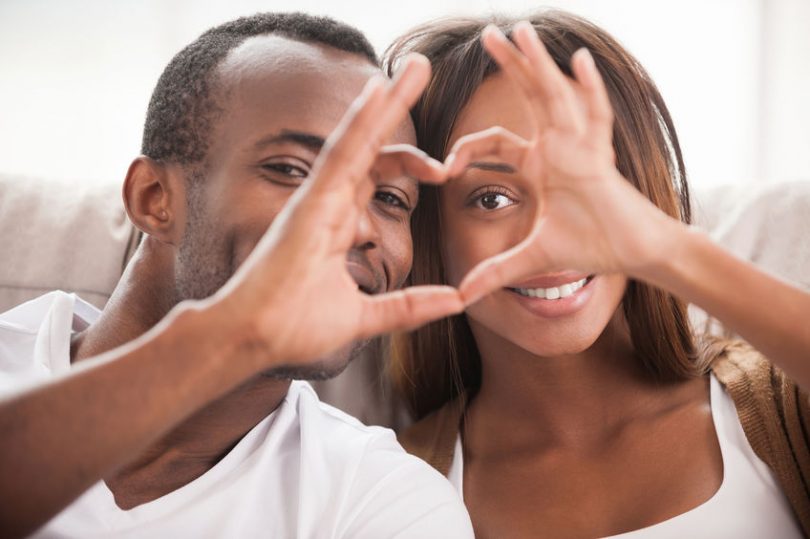 My grandfather was a man who spent a lot of time in the field, plowing and planting sugarcane, corn and the like.  I can remember as a little boy growing up in Jamaica and having to remove weeds from the fields with a machete.   Yes it was dangerous for me as a little boy but I quickly learned the importance of removing weeds from the fields to allow the crop to grow.  It was hard work and sometimes I didn’t feel like doing it but out of obedience to parents and grandparents I had no choice.  Furthermore, I realized the benefits when time came to eat a sweet piece of sugarcane or a well boiled or roasted corn.

Weeds kill growth of the crops if not removed.  Just the same your marriage has weeds that need to be removed to prevent it from dying.  Michelle and I did and continue to do much weeding out of the bad weeds in our marriage even to today.  Your marriage deserves the time spent killing the weeds that prevent its growth and you experience the beauty of peace and joy when those weeds are removed.  Marriage takes work and God gives the perfect grace and strength as you endure hard labor leading to victory and enjoyment in your relationship.  The truth is, many refuse to take on the commitment to stay married and fall into the Hollywood, prenup agreement type of marriage.  Trial and error will never work in marriage.  It is like making a vow to see if the marriage will work without putting in the labor to remove whatever is causing it not to work.  If your marriage feels like it is dying or just not growing into the beauty it is meant to be, it is not too late to kill the weeds stunting the growth it can have.  Here are three strong weed killers to grow your marriage.

SURVEY THE FIELDS OF YOUR  MARRIAGE

Take a timeout and recognize what is causing your marriage not to grow.  There is a saying, “INSANITY IS DOING THE SAME THING OVER AND OVER AGAIN AND EXPECTING CHANGE TO HAPPEN.”  Every marriage goes through a “crazy cycle.”  Recognizing the problem is the first step to ending that “crazy cycle.”  God’s desire is for your marriage to grow into CHRISTLIKENESS.  Satan’s desire is for your marriage to die a sad death, leading to divorce and a domino effect of suicidal kids, on-going fights for money, child custody and all that bitter process.  This does not have to happen.  Going through the motions will never fix the problem in your marriage.  Surveying the marriage garden will allow you both to see the issue or issues causing it not to strive.  When Michelle and I were in that dark season our marriage was not growing.  When we starting asking God in prayer to reveal and help us with what the problems were we quickly realized that time with the television was robbing the growth in our marriage.  We were unknowningly using the television as a wedge between our quality time.  We decided to fast watching television for one year and in agreement we did it and started spending more time in prayer together and our marriage started to strive into a more beautiful flower that still continues to grow to today.

PULL OUT THOSE BAD WEEDS PREVENTING THE GROWTH

One of the most common type of weed killing marriages is that phrase,  “THAT’S JUST THE WAY I AM.”  That may be the absolute truth about a spouse but is it the absolute truth of how  God say you should be as a spouse?  We join together with a commitment for life yet we often times fail to see ourselves with a need to change for the better to seal that commitment.  All of us as spouses could do with change for the better to help cultivate a growing marriage.  When one spouse takes the low road by refusing to commit to change, the bad weed remains in the marriage garden and slowly kills the marriage crop.   When both spouses admit to and commit with intention to change for the better, the marriage grows beautifully.  “HURT PEOPLE HURT PEOPLE” period!  A hurt spouse, whether from childhood trauma or present day hurts, unfortunately end up hurting the other spouse in one way or another.  Healing from past hurts begins with admitting the need for healing and seeking after the healing.  A spouse free of past pain is a spouse in God’s image.  Both spouses in God’s image experience a marriage in God’s image.  A pure and free marriage relationship thrives in a garden free of weeds and thorns.  Getting rid of those weeds and thorns, whether hurts, disappointments, lack of affection, lack of intimacy, shortage of love and respect, or refusal to commit, is the beginning of a healthy growing marriage relationship.

WATER THE MARRIAGE GARDEN ON A REGULAR BASIS

In the beginning years of our marriage, Michelle and I had date nights we planned and agreed to.  As the years went by the date nights started to diminish into no date night.  We quickly recognized a difference in our relationship and had to make conscious efforts to get back into dating.  Our son, Tyler, the greatest kid in the world, came into the picture and life got busy so it became difficult to get away on dates as we did before.  As they would say, “life happens.”  Although a true statement, truth doesn’t have to stop planning.  If a flower is not watered it will die!  If a marriage relationship is not intentionally cared for it will die.  It is the greatest feeling to look forward to a planned time together as husband and wife, especially when life gets the better of us.  They say “a hungry man is an angry man.”  A starved marriage relationship will experience uneasy outbursts.  Restart the engine of your marriage and keep it running.  Plan date nights and keep them as best as you can.  Compliment each other as much as you can even if it feels new to you to do it.  It will become a part of you over time.  Study each other and know what each other’s love language is and fill each other’s love tank as much as you can.  Find creative ways to change the dull moments.  Pull out the weeds that stop your marriage from growing and watch your marriage relationship bloom like no other.

My prayer is for every married couple reading this article to put these into practice to make for a greater marriage relationship that continues to grow tremendously. 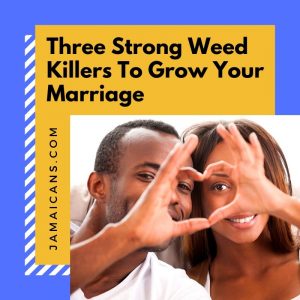