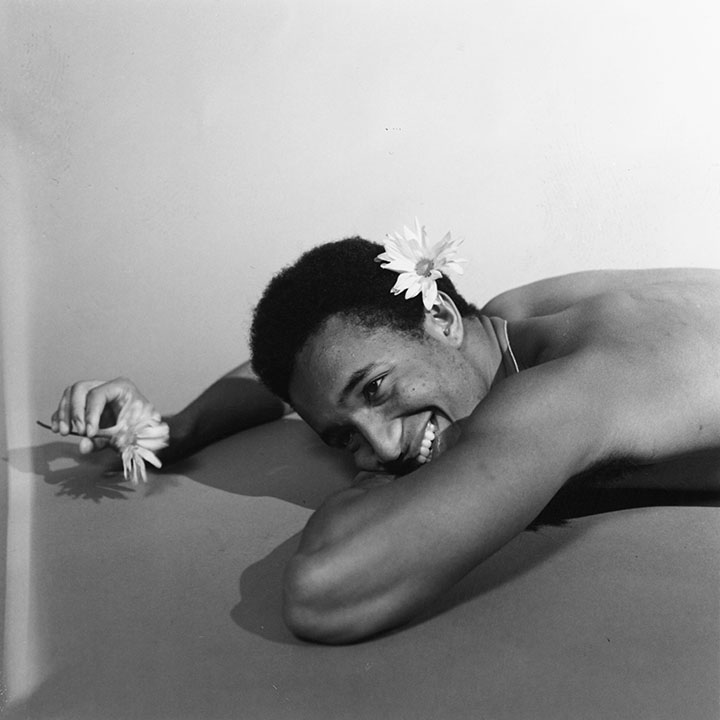 TunnelVision Gallery presents Jeana Lindo’s debut solo dual-exhibition entitled, “Thugs” & “Elegant Black Ladies”.  To further bring to life the duality of perception between sexes, Jeana Lindo presents her work on two opposing walls where her photographs converse on the topic of traditional gender roles at play in today’s society.She explores the ideas of femininity in both Black women and men through her images that embrace the strength in vulnerability.

Jeana Lindo’s series,”Thugs”, presents the truth about the sensitivity of boys, most especially boys of color. Because boys of color are falsely stereotyped in ways which lead people to believe that they feel less pain than others, it is important that they have positive imagery to represent them. Negative depiction in popular media contributes to a lack of empathy for them and robs them of human qualities.  Her images show that boys of color are people who feel pain just as strongly if not more than others. “Like flowers, they are beautiful and must be protected. Please do not step on them.”

She made “Elegant Black Ladies” in collaboration with friends in the interest of reclaiming Black femininity through use of the aesthetic of the “carefree Black girl.” The idea of the carefree Black girl is in opposition to the stereotypical representations of suffering Black women. Since the image of the Black woman is consistently cut up and commodified by people who are not women and additionally by those who are not Black, there is an exaggerated idea of Black femininity that is limiting. “Elegant Black Ladies” is meant to expand upon the diversity of Black female beauty and combat the trope of the suffering Black woman. Images of the carefree Black girl say “I am here and I am thriving no matter what you throw at me.”

Jeana Lindo is a Jamaican artist from South Florida. She studies photography at Parsons the New School for Design. She lives and works in Brooklyn, New York.