Told She Would Never Walk Again, this Jamaican-American Entrepreneur is Striving in Business 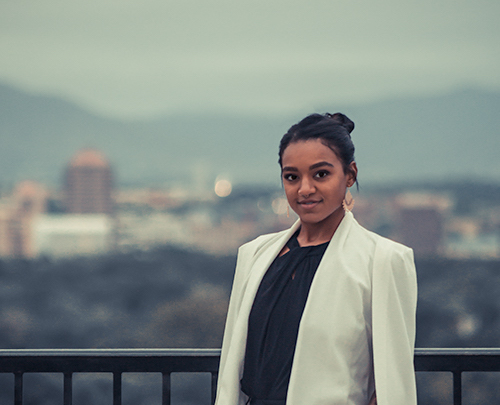 Danielle DaCosta, founder, and administrator of Enchanted Living of New Mexico, is an individual winner of the 2020 Diverse Business Leaders Awards. DaCosta launched the assisted living facility located in Rio Rancho, NM, in April 2015 when she was a 24-year-old student at the University of New Mexico.

The award spotlights organizations and executives that are supporting equality across all areas of diversity that encompasses age, disability status, gender, race, religion, and sexual orientation. Award winners were named during a virtual event on Nov. 5, 2020. The recognition is particularly poignant for the business owner.

In 2017, DaCosta was told she might never walk again. During a weekend hiking excursion with her now-fiancé, she experienced severe leg pain. DaCosta was transported by helicopter to the Flagstaff Medical Center where she was diagnosed with Rhabdomyolysis in both legs, a medical condition in which the body’s muscles experience rapid dissolution. It required multiple surgeries and extensive rehab, but DaCosta began to walk again.

Regaining her mobility is a testament to DaCosta’s strength of will. When she opened Enchanted Living, she was the primary caregiver, chef, and activity director of the five-bed, 2,000-square-foot facility. Her resultant medical bills preempted her plans to expand the facility and she has an extensive waiting list for her services.

A business loan is out of the question – lenders view her outstanding medical bills as being too risky rather than looking at the high demand for her services. For DaCosta and the residents of the facility, Enchanted Living of New Mexico is a thriving community that enables individuals to live with dignity, grace, and joyfulness.

Prior to opening her own facility, DaCosta had worked at large assisted living facilities. She saw the problems that those businesses encountered and felt she could do a better job on a smaller scale. Enchanted Living of New Mexico is certified by the Americans With Disabilities Act (ADA) and the New Mexico Department of Health.

She embodies the entrepreneurial spirit. DaCosta launched Anya Urban in 2009, a handmade jewelry company that combined her southwestern surroundings with her Jamaican roots. Pieces of the highly successful brand were featured in “Made Woman Magazine, in online blogs, and photoshoots throughout the U.S. However, with the launch of Enchanted Living of New Mexico, DaCosta feels that she’s realizing her true calling.