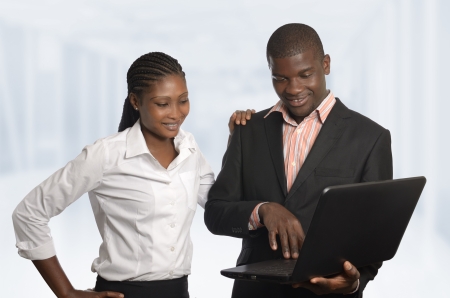 Jamaican continued to attract businesses and make strides in the business sector in 2017. Oyster Bay is the site of new hotel construction, while a huge loan agreement was signed between China and Jamaica to make highway improvements. The Ministry of Tourism launched its first gastronomy tourism effort. The International Monetary Fund praised Jamaica for its strong performance. Classes in entrepreneurship were added to the Jamaican school curricula. Earnings from Airbnb rose significantly, Jamaica got a new area code, and the island welcomed its 4-millionth visitor. Dr. Henry Lowe and his research team have developed a drug that treats acute myeloid leukemia. Montego Bay received funding for convention center renovations.

OYSTER BAY TO BE HOME TO TWO NEW HOTELS

Edmund Bartlett, Jamaica’s Minister of Tourism, signed an agreement with representatives of the Excellence Group of Luxury Hotels and Resorts that paved the way for two new hotels to be constructed in Oyster Bay in Trelawny. The hotels will add over 700 rooms to the country’s visitor accommodations. Construction on the first hotel began in February 2017. It is expected to cost US$100 million and will have 325 rooms. Its opening is scheduled for sometime in the first six months of 2018.

A loan agreement totaling US$326 million was signed by Jamaica and China. The money will be used to construct new Southern Coastal Highway improvements and extend the east-west toll highway from May Pen, Clarendon, to Williamsfield, Manchester. Audley Shaw, Jamaica’s Minister of Finance, signed the agreement with Liu Liange, vice-chairman and president of the China ExlM Bank. The southern coastal highway project has an approximate cost of US$384 million and will permit construction of a four-lane highway.

The first Gastronomy Network project launched by Jamaica’s Ministry of Tourism was the Jamaica Blue Mountain Tour. The network was created to encourage growth in culinary tourism on the island. The Blue Mountain tour showcased the history, culture and food heritage of the region. The “soft launch” of the tour was held on March 26, 2017, and featured 15 participating dining venues and attractions, including Café Blue, The Gap Café, RafJam Bed and Breakfast and Old Tavern Coffee Estate. According to Edmund Bartlett, Jamaica’s Tourism Minister, the idea is to highlight gastronomic products of the region and to benefit community members and tour operators who do business there.

PRAISE FROM IMF FOR “STRONG PERFORMANCE”

The International Monetary Fund (IMF) lauded Jamaica’s progress under its Stand-By Arrangement. According to Uma Ramakrishnan, the IMF Mission Chief for Jamaica, all the structural benchmarks and all but one of the performance criteria for the initial review under the arrangement were met. This allowed Jamaica to drawdown another US$170 million..

ENTREPRENEURSHIP TO BE ADDED TO SCHOOL CURRICULUM

In order to create a nation of entrepreneurs, Jamaica offered classes in entrepreneurship to ninth grade students at 168 high schools. The plan was part of the Junior Achievement Company of Entrepreneurs (JACE) Secondary Early Entrepreneurial Development (SEED) program. A three-year agreement between Junior Achievement Jamaica and the United States Agency for International Development (USA(D) offered students real-life business experiences that will add to their knowledge, capacity and confidence in starting their own businesses. Floyd Green, Jamaica’s Minister of State in the Ministry of Education, said the government wants to address joblessness by developing new opportunities for young people..

Jamaica’s Dr. Henry Lowe and his research team developed a drug that treats acute myeloid leukemia (AML). The drug has been given an “orphan drug” designation by the United States Food and Drug Administration (FDA). Dr. Lowe described the situation as “historic” and believed it offers the potential for Jamaica to earn over US$250 million within three years in the US market alone.

The Jamaican government invested $200 million toward the renovations of the Montego Bay Convention Center in St. James to make the venue more appealing to sponsors of large events and help to stem the center’s recent financial losses, which have been totaled in the millions since the venue opened in 2011. Ownership of the center was transferred to the Ministries of Tourism, Finance and Public Service, and authorities said that $2 million losses have been transformed into a $300,000 profit. The renovations were completed in late November 2017 when the venue hosted the global conference of the United Nations World Tourism Organization.

The tourism industry of Jamaica marked a significant and historic milestone on December 15, when the island welcomed its four-millionth visitor in 2017. Jamaica’s Minister of Tourism, Edmund Bartlett and a delegation of officials from the tourist sector greeted Jill Bell at Sangster International Airport in Montego Bay. Bell and her husband Stephen made the trip from their home in Wisconsin. It was their 25th visit to the island. With 4,000,000 visitors. 2017 has had the single largest yearly number of tourists visiting in its history.

JAMAICA TO GET NEW AREA CODE

Digicel and FLOW, the telecommunications firms, engaged with the public about the new 658 area code that will be implemented in Jamaica in 2018. In addition, ten-digit dialing will be required. The Office of Utilities Regulation (OUR) announced that as of May 31, 2018, ten-digit dialing will be mandatory for local calls. Ansord Hewitt, director general of OUR, emphasized that the 658 area code is not replacing the 876 code.

Earnings from visitors to Jamaica who are looking for boutique-type accommodations on the island totaled more than $1 billion in 2017, according to Airbnb, the largest home lodging platform in the world. The Airbnb portal was responsible for these bookings. According to Chris Lehane, head of Airbnb’s global policy and public affairs division, the company’s presence in Jamaica has grown significantly and generated $1.1 billion for the nation’s economy. He made his remarks at the United Nations World Tourism Organization (UNWTO) global tourism conference, which was held in Montego Bay. Booking to date in 2017 have risen to 54,000, compared with 36,000 in all of 2016.