Jamaican Scientist to be Honored in Washington with CARAH Award - Jamaicans.com 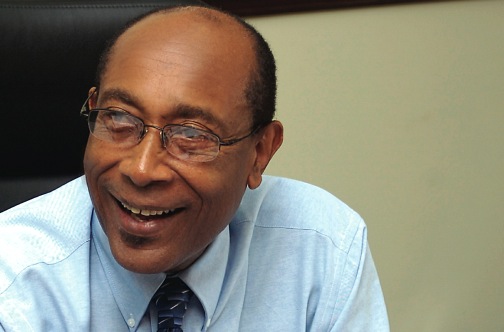 Jamaican Dr. Henry Lowe will be presented with the Caribbean American Heritage (CARAH) Award in Washington DC on November 17, 2017, at the organization’s gala event. The award is given to recognize the contributions made by Caribbean immigrants to the United States. Dr. Lowe has been on the cutting edge of numerous studies and research projects investigating the beneficial properties of marijuana. Dr. Lowe, the recipient of many professional awards, established Jamaica’s first Ministry of Science & Technology and the Environment after successfully establishing an energy-management system which dramatically reduced the impact of Jamaica’s energy crisis in the 1970s and 1980s. The CARAH Awards are the signal honors and recognition program for Caribbean Americans. They have been awarded to some 50 individuals since their founding.

Upon accepting the award, Dr. Lowe will join the ranks of other distinguished individuals who were past recipients, including Earl Graves Snr., Publisher of Black Enterprise, of Barbadian heritage; Cicely Tyson, who is of Nevisian heritage; Ambassador the Hon. Andrew Young; Congresswoman Barbara Lee; Dumas Simeus, Haitian American entrepreneur, and philanthropist; Jimmy Cliff, Reggae Legend; and Hon. Eric Holder, Attorney General of the US, who is Barbadian heritage.

The Caribbean American Heritage (CARAH) Awards were instituted in 1994 by the Institute of Caribbean Studies in order to demonstrate the contributions that Caribbean immigrants make to the USA. Also honored fom time to time are Friends of the Caribbean whose work contribute to the wellbeing and welfare of the Caribbean peoples. ICS’ Founder and President, Dr. Claire Nelson cites the CARAH Awards as part of the organization’s campaign to ensure that the conversation on the future of America and immigration includes a recognition of the indivisible historical linkages between the US and the Caribbean.