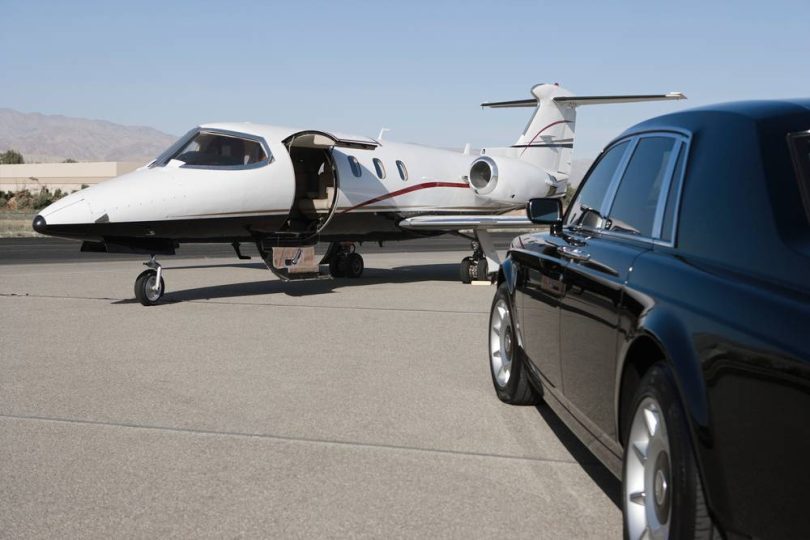 Jamaica’s business news was dominated by the introduction of new airline services to the island, which is expected to prompt higher visitor numbers and tourist revenue. The other major story was the increase in psychedelic tourism with resorts opening to provide experiences with substances like “magic mushrooms. Jamaican also became the first country in the Caribbean to make improvements in protections for consumers. The United States government made a decision to fund cybersecurity measures in Jamaica, and a new luxury tourism zone was announced for the island’s north coast. A number of new medical facilities opened in Jamaica in 2022, and the nation won two Travel+Leisure Awards as well.

NONSTOP AIRLINE SERVICE FROM HARTFORD’S BRADLEY INTERNATIONAL TO JAMAICA IMPLEMENTED
After a 15-year effort by the Caribbean community in Hartford, Connecticut, the budget airline carrier Spirit Airlines launched nonstop service from Bradley International Airport to Jamaica. According to Edmund Bartlett, Jamaica’s Minister of Tourism, Connecticut represents an important market for Jamaican tourism, and the launch of the new airline service will support the continuing recovery of Jamaica’s tourism industry. It also gives travelers another convenient choice for journeying to the island nation. The service will operate all year, four times per week. Kevin A. Dillon, executive director of the Connecticut Airport Authority, said the agency was proud to offer convenient connections for the state’s “strong Jamaican population, their friends, and their relative.”

JAMAICA EXPANDED ITS TOURISM OFFERINGS WITH “MAGIC MUSHROOMS”
In Jamaica, a new resort concept involving the promotion of tourism through promises of mystical experiences and stress relief via consumption of “magic mushrooms,” or the natural psychedelics available through mushrooms that contain psilocybin, was launched. These mushrooms are still illegal in many areas of Europe and the United States, but Jamaica has never outlawed them and moved to build up a psychedelics industry. The industry is expected to have a total worth of some $8 billion worldwide by 2028. Jamaica currently has four psilocybin-focused resorts. The Jamaica Promotions Corporation, which is the government agency that promotes business opportunities, believes that psychedelics hold the key to expanding Jamaica’s tourist industry. Guests at MycoMeditations, a psychedelic resort in Treasure Beach, pay as much as $23,500 to enjoy a week-long experience that includes three dosing sessions of “magic mushrooms.”

JAMAICA FIRST IN CARIBBEAN REGION TO MAKE SIGNIFICANT CONSUMER PROTECTION ADVANCES
Jamaica became the first nation in the Caribbean to move forward in developing a National Consumer Protection and Welfare Policy and Implementation Plan. The action is headed by the Consumer Affairs Commission (CAC) and is designed to make sure consumers are protected from unfair business practices and unsafe goods. It also ensures consumers have the power to defend their rights. In an opening ceremony held on September 27, 2022, for a virtual validation workshop on a policy draft, Dr. Norman Dunn, State Minister in the Ministry of Industry, Investment and Commerce, noted that the Jamaican government has always been a pioneer in developing and adopting policies that promote the safety and well-being of consumers.

SILO WELLNESS OPENS FIRST MICRO-DOSING PSILOCYBIN RESORT IN JAMAICA
Silo Wellness Inc., a company based in Toronto that operates in Jamaica and Oregon, opened eco-tourism and psychedelic holidays at Go Natural Jamaica in Long Bay, Portland, Jamaica. According to Silo Wellness founder Mike Arnold, the company received many inquiries about exploring nature with the aid of psilocybin. He said the firm wants to attract “psychedelic curious” clients who are “very intentional and mindful” about achieving a better understanding of themselves and their place in nature. Silo Wellness planned to fulfill what Arnold called an “unmet need in the psychedelic space” by providing first-time users with micro-doses of mushrooms in a controlled way so they can obtain an enhanced appreciation of nature. Doses are offered at sub-psychedelic but perceptible doses for beginners, who can work their way up to the 0.3-gram “social dose” or the 0.7-to-one-gram “hiker’s dose” or “museum dose.”

U.S. GOVERNMENT ANNOUNCED FUNDING FOR CYBER CENTER OF EXCELLENCE IN JAMAICA
The government of the United States announced it will provide US$2 million to support the creation of the Cyber Center of Excellence in Jamaica, which is expected to benefit the broader Caribbean region. The announcement of the support was made by US Vice President Kamala Harris in a phone call with Jamaican Prime Minister Andrew Holness on August 8, 2022. The call and support is part of the administration of US President Joe Biden to continue its efforts in elevating engagement with leaders in the Caribbean in regard to the shared interests of the two nations. In the call, Vice President Harris also congratulated Prime Minister Holness on Jamaica’s 60th anniversary of independence.

JAMAICA RECEIVED TWO TRAVEL+LEISURE “WORLD’S BEST” AWARDS FOR 2022
Jamaica remained one of the top destinations for tourists in the world as evidenced by its recognition by Travel+Leisure, a major global travel brand, with two awards for 2022. The brand honored Jamaica in two categories of the “World’s Best” awards. The island was listed among the “25 Best Islands in the Caribbean,” and six Jamaican resort properties were included in the “25 Best Resort Hotels in the Caribbean, more than any other Caribbean destination. Jamaica’s Director of Tourism Donovan White said it was “extremely gratifying” to receive the recognition and that being honored with these prestigious awards is proof of the continuing appeal of Jamaica’s tourism product to travelers.

NEW ZONE FOR LUXURY TOURISM ANNOUNCED FOR JAMAICA’S NORTH COAST
A new luxury tourism zone stretching from Oracabessa to Port Antonio on Jamaica’s northern coast was designated as the “Revere Zone,” according to the island’s Minister of Tourism Edmund Bartlett. The zone will include only low-density development and provide a different kind of experience for high-end travelers. Travel to the zone will be facilitated through additional nonstop air service directly to Ocho Rios, which will make direct access to the region easier. The Jamaica Revere Zone comprises Oracabessa, Port Maria, St. Ann’s Bay, Discovery Bay, and Ocho Rios. Creation of the zone is meant to encourage more high-end tourists to visit areas outside of the chief tourist destinations of Montego Bay and Negril, allowing for wider distribution of tourist dollars among the island’s people and businesses.

JAMAICA OPENED ITS FIRST PUBLIC NUCLEAR MEDICINE CENTER
A public nuclear medicine center opened at the University Hospital of the West Indies (UHWI) in Kingston with the support of the “Rays of Hope” initiative of the International Atomic Energy Agency. The first-of-its-kind facility in Jamaica provides diagnoses and treatments for cancer, cardiovascular diseases, diabetes, and chronic respiratory diseases. Prior to the opening of the new center, Jamaica operated just four teletherapy machines in public medical facilities and had no nuclear medicine facilities, despite experiencing over 7,000 new cancer cases each year. Some private organizations offer nuclear medicine on the island, but at a price that is unaffordable to average Jamaicans. With the new center, all Jamaicans will have access to the advanced care at a much lower cost.

IAN FLEMING INTERNATIONAL AIRPORT RECEIVED FIRST COMMERCIAL FLIGHT
The Ian Fleming International Airport in Boscobel, St. Mary, received its first commercial flight on June 16, 2022, with the arrival of InterCaribbean Airways from Turks and Caicos. Edmund Bartlett, Jamaica’s Tourism Minister, was among the government officials and stakeholders on hand to welcome the first flight’s passengers and crew. InterCaribbean Airways already operates monthly flights at present but plans to institute weekly service in the future. The Jamaican Transport Ministry noted in December of 2021 that the plan to accept international flights at Ian Fleming, the smallest of Jamaica’s international airports, was part of the efforts by the Airports Authority of Jamaica to increase its traffic and obtain more than US$2 million for the island’s economy. InterCaribbean will fly 30-seater aircraft in and out of Ian Fleming International.

INTERNATIONAL CANCER AND CHRONIC PAIN INSTITUTE OPENED IN KINGSTON
Apollon Formularies, a global medical cannabis pharmaceutical firm based in the United Kingdom, announced the official opening of its International Cancer and Chronic Pain institute (ICCPI) in Kingston, Jamaica. The facility focuses on Complementary and Alternative Medical (CAM) treatments for cancer patients, including Apollon’s medical cannabis products. With the new center, Apollon plans to expand its program of patient treatment for both local Jamaicans and international medical patients. The facility also offers the opportunity for the collection of patient data related to the firm’s medical cannabis products.