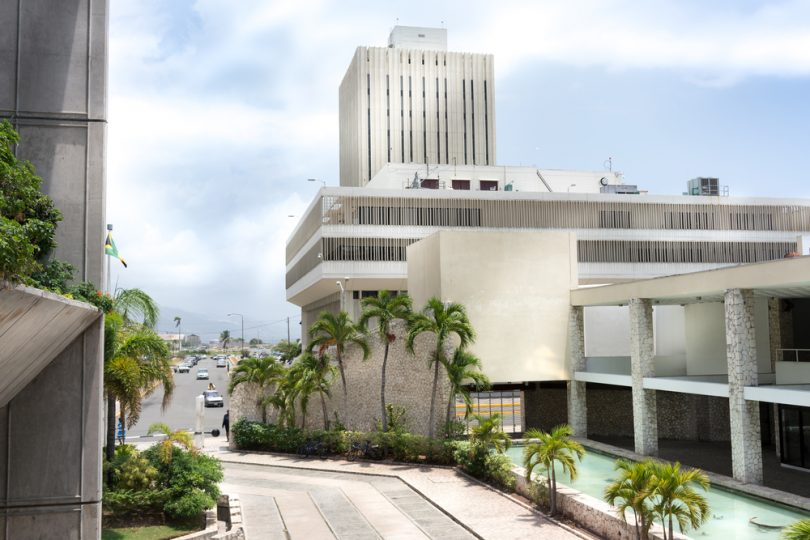 The top stories in business for 2020 covered the significant wins for Jamaica at the Travel Awards, the ground-breaking for a multi-resort development project in St. Ann, the provision of the largest fiscal stimulus program by the government in history, and an agreement between China and the Jamaican government that gave a Chinese firm majority control over Kingston Freeport Terminal. Other business news included the intention of United Oil to seek additional partners in its offshore oil exploration projects, the provision of private leases to logistics companies, help from JAMPRO to help landowners overseas to lease their idle landholdings to investors and farmers on the island, a requirement for visitors to Jamaica to purchase mandatory travel insurance, the ability for Jamaicans to buy into a new islandwide broadband project, and the inaugural flight by Air Peace from Lagos in Nigeria to Montego Bay.

JAMAICA A BIG WINNER AT 2020 TRAVEL AWARDS
Jamaica was a big winner at the 2020 Travel Awards gala celebration held in the Bahamas, taking home the title of the Caribbean’s top destination for the 15th season in a row. The Jamaica Tourist Board was named the region’s leading Tourist Board for the 13th consecutive year. In addition to the World Travel Awards, Jamaica has also received the top destination in the Caribbean title for 2020 from CNN, Bloomberg, and Forbes.

PRIME MINISTER HOLNESS, TOURISM MINISTER BARTLETT INITIATED US$1 BILLION DEVELOPMENT
Jamaica’s Prime Minister Andrew Holness and the country’s Minister of Tourism Edmund Bartlett broke ground on February 28, 2020, for the US$1 billion multi-resort development project known as Sugarcane Bay Jamaica. The project is located in Llandovery, St Ann and is being developed by Karisma Hotels and Resorts on a site comprising 220 acres. It will bring 4,700 additional rooms to Jamaica’s tourism sector.

GOVERNMENT OF JAMAICA PROVIDED LARGEST FISCAL STIMULUS IN NATION’S HISTORY
Jamaica’s Minister of Finance announced the provision of a fiscal stimulus package totaling $25 billion to mitigate the impact that the coronavirus had on workers and businesses. The goal is to inject sufficient fiscal support into the national economy to calm volatility during a time of uncertainty posed by the pandemic. The CARE program and gives affected workers temporary cash support.

CHINESE COMPANY TOOK CONTROL OF KINGSTON FREEPORT
The Chinese firm China Merchants Port Holdings took majority control of Kingston Freeport Terminal Limited (KFTL), the entity responsible for managing the Port of Kingston under a 30-year concession agreement made with Jamaica’s government. The agreement has a duration of 30 years. The action was made possible through the sale by CMA CGM, a French-led shipping and port management organization, of its interest in Kingston Freeport to a subsidiary, Terminal Link.

OIL FIRM SOUGHT NEW PARTNERS TO CONTINUE OIL EXPLORATION IN JAMAICA
The United Oil and Gas Limited firm, the minority partner in the search for commercial quantities of oil off the shores of Jamaica, wants to keep looking for a partner in the face of the departure of Tullow Oil, which had been the major partner in the deal. United told Jamaica’s authorities that it would like to explore its options for continuing what it believes to be a “transformative license.”

PORT AUTHORITY PROVIDED LEASES TO PRIVATE LOGISTICS FIRMS
The Port Authority of Jamaica (PAJ) decided to lease lots at Kingston’s port to logistics companies that are willing to make investments. According to Edmond Marsh, vice-president for business development at PAJ, the agency planned to commission a new warehouse hub for private firms to lease at the Kingston Freeport Terminal by 2020’s third quarter. Marsh said there are provisions for as many as four clients to test logistics. The new warehouse covers 18,000 square meters of logistics space at the port and 4.3 hectares of land. Each of the four prospective tenants would be provided with 4,500 square meters, including office space.

JAMPRO MOVED TO HELP OVERSEAS LANDOWNERS LEASE IDLE LANDS TO INVESTORS AND FARMERS
Overseas landowners with arable lands in Jamaica that have not been put into agricultural or developmental use were helped by an initiative from JAMPRO designed to lease such lands and put them into production. This provided the landowners with a chance to earn income from their property, according to the Jamaican government. Gabriel Heron, marketing vice president at JAMPRO, said the agency wants to reposition and lease idle lands for investment projects including agro-parks and greenhouses. JAMPRO sought to “drive export expansion and improve security in agriculture” through the activity, noting that Jamaica had been seeing an increase in agricultural production before the COVID-19 pandemic hit.

JAMAICA REQUIRED VISITORS TO BUY MANDATORY TRAVEL INSURANCE
Edmund Bartlett, Jamaica’s Minister of Tourism, announced that travelers to the country must purchase a mandatory travel protection and emergency services plan called “Jamaica Cares.” The cost of the coverage to each traveler was set at $40 to be included as part of the Travel Authorization application process. The program began on November 1, 2020, and covered case management, transportation logistics, evacuation, field rescue and repatriation in the event of any medical emergencies that may arise during their visit. These emergencies include natural disasters like hurricanes and COVID-19. The plan provides up to $100,000 of international health coverage for a visitor who is traveling to and from the island, as well as on-island health coverage up to $50,000.

JAMAICANS GIVEN CHANCE TO INVEST IN NEW NATIONAL BROADBAND SERVICE
Michael Lee-Chin, businessman, chair of Portland Holdings, and the chair of the task force said he is working with Jamaica’s government to provide universal internet access across the island via a National Broadband Initiative owned and managed by the private sector via a “publicly-listed special purpose vehicle” or SPV. This approach allows Jamaicans to own part of the infrastructure designed to facilitate economic recovery efforts as Jamaica attempt to move forward from the damage caused by the COVID-19 pandemic. The project is expected to cost US$237 million. Lee-Chin wants all Jamaicans to own a part of the national broadband infrastructure and to have control over the capital investment necessary to maintain the asset to standards required to be competitive in the global, digital sector.

FIRST DIRECT FLIGHT FROM NIGERIA TO JAMAICA COMPLETED
Nigeria and Jamaica worked together to launch a regular direct airline route between Nigeria’s largest city of Lagos and Montego Bay in Jamaica. The inaugural direct flight, Air Peace, was designed to mark 50 years of excellent bilateral relations between the Federal Republic of Nigeria and the Republic of Jamaica. Geoffrey Onveamam, Nigeria’s Minister of Foreign Affairs, was on board the inaugural flight, along with a group of government officials and private-sector representatives. The group was met at Sangster International Airport in Montego Bay by Robert Montague, Jamaica’s Minister of Transport, and other officials. The event is meant to make relations between the two nations stronger in the areas of tourism, education, and economic activities.