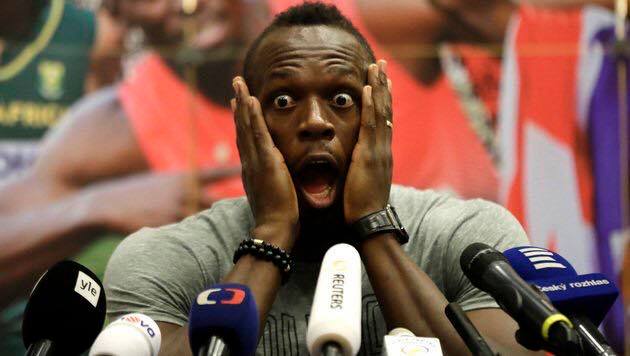 Track and Field News, a United States publication that is well-known and well-respected in the sport, is predicting that Jamaica will receive a total of nine medals at the 2017 IAAF World Championships in London. The predictions include four gold medals. According to the publication, Jamaica’s athletes will also earn three silver and two bronze medals. The competition, which runs from August 4 to August 13, 2017, will be attended by a 56-member Jamaican team. Track and Field, which has been called the “Bible of the sport since 1948,” predicts that Usain Bolt, triple World Record holder, will enter retirement with two more golds by winning the 100-meter race for the fourth time and leading the men’s 4×100-meter relay team to a victory. Jamaican Omar McLeod is expected to win gold in the 110-meter hurdles, while Elaine Thompson is predicted to win the women’s 100-meter event. Fedrick Dacres, who is ranked second in the world in the men’s discus, is expected to take home a silver medal. This would be Jamaica’s first in the event at any senior international championship. Both of Jamaica’s women’s relay teams, the 4×100 meters and 4×400 meters, are expected to finish second to win silver medals. Yohan Blake is forecast to win a bronze medal in the 200-meters, while the men’s 4×400-meter team is expected to win a bronze.