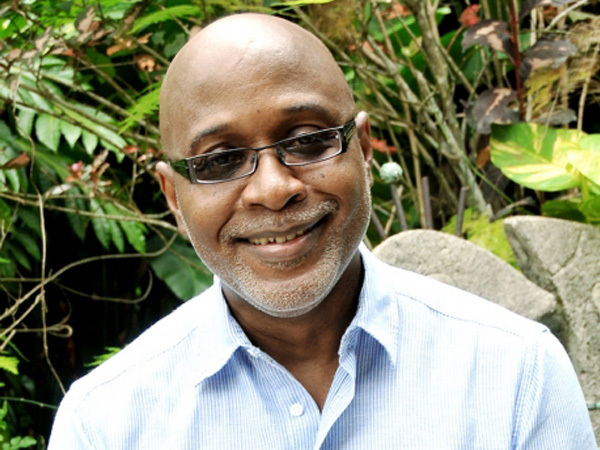 “My Tess. What an incredible journey you have taken us all on. You came out on top in so many ways. The pride I feel is indescribable. Thanks to everyone who voted, bought the singles and tuned in week after week to support her. The love is real. Here’s to a long, beautiful, successful career. Time to dream some new dreams @thebestess” – Do you know which Jamaican Celebrity said that this week? See our top ten great Celeb quotes to find out!

“My Tess. What an incredible journey you have taken us all on. You came out on top in so many ways. The pride I feel is indescribable. Thanks to everyone who voted, bought the singles and tuned in week after week to support her. The love is real. Here’s to a long, beautiful, successful career. Time to dream some new dreams @thebestess” – Tami Chynn, beautifully telling all of Tessanne’s fans thanks and stating how proud she is of her as new dreams await (Facebook: Tani Chynn)

“I had firsthand experience and, therefore, knew what was required for someone to go all the way on The Voice and just knew Tessanne was the full package. She has that great personality plus she can sing like hell. I was confident it would work for all concerned” – Shaggy, on his reason for encouraging Tessanne to enter The Voice this season (www.jamaicaobserver.com/entertainment/Tessanne-to-headline-Shaggy-and-Friends_15664853)

“There are a number of Tessanne Chins in Jamaica, many just needing a chance to shine. We have to help provide these opportunities and to create an environment in which our people flourish – both to their individual benefit as well as ours, as a people and as a country. Once again congratulations to Tessanne and also to Shaggy who, it is reported,  helped to facilitate her Voice auditions. Otherwise, this wonderful Jamaican triumph may never have occurred” – Kingsley Cooper, celebrating Tess’ victory but reiterating the need to encourage each other and build Jamaica as best we can (jamaicansmusicz.com/latest-tessanne-chin-what-mr-adam-levine-knows-that-jamaicans-dont/)

“She is just not a very, very, very good singer, but every week she continues to represent Jamaica in a most respectable way; whatever happens, she is already a winner” – Singer Jermaine Bryan, commenting n how well Tessanne has performed and represented Jamaica just a week after winning the 37th renewal of the Tastee Talent Trail a Jamaican Talent Competition that has brought forth he likes of Nadine Sutherland and Beenie Man (www.jamaicaobserver.com/SINGER-WINS-TASTEE-TALENT-CONTEST_15646740)

“Best part of my job…Christmas treat at Bustamante Childrens’ Hospital…Respect to Shaggy for always representing..,.#daretodream #Jamaicalandwelove” – Usain Bolt, helping to put smiles on these adorable faces for Christmas with Shaggy of course (Instagram: @usainbolt)

“I don’t think 2013 was a big year for me at all and a lot of that was due to changes in my management team. That definitely slowed me down a lot, but the great thing is that every mistake provided a lesson and a a platform for growth and strength” – Etana, commenting on the struggles of 2013 despite releasing a new album and going on a couple promotional tours (www.jamaicaobserver.com/entertainment/Reggae-act-Etana-working-on-new-set_15663726)

“The choice to stay clean isn’t only about what happens on the track but is often driven by more personal demands” – Dahlia Harris, directs yet another masterpiece that many Jamaicans can relate to called ‘To The Finish Line’ (www.jamaicaobserver.com/entertainment/No-doping-around_15641118)

“I continue to suffer from extreme anxiety, memory loss, headaches, dizziness, and most sadly of all, a fear of crowds and performing. I am not able to write songs as I did before or remember the lyrics of songs that I wrote and have performed for decades” – Toots Hibbert, writing to the Richmond Supreme Court on how the incident involving a vodka bottle hitting him in the head while performing. The singer wrote asking for leniency for the young man who is before the court facing assault charges (www.jamaicaobserver.com/entertainment/Pressure-drops-on-Toots-attacker_15640953)