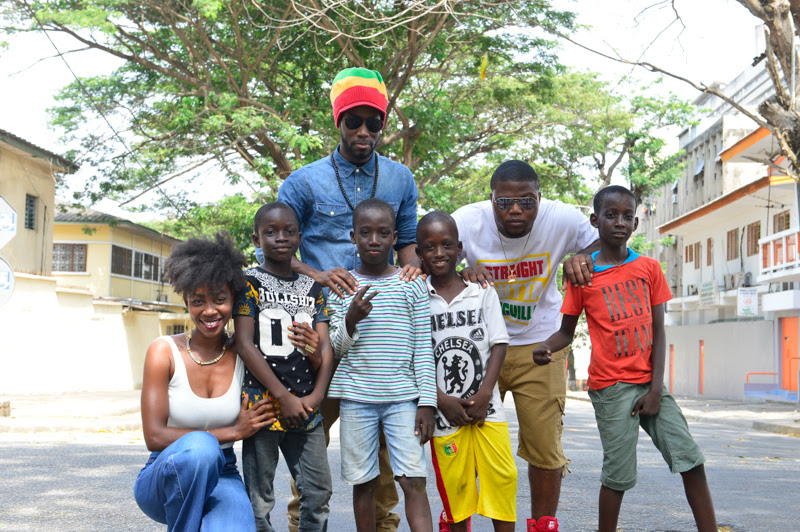 British Dependency has been accumulating miles and gaining traction since they released their debut album Finding Wisdom in 2013.  From the Caribbean to Canada and the United States, they have made the British Isle of Anguilla proud with their reggae tinged lyrics and spellbinding stage presence.

But though they have traveled extensively, from early on the band set their sights on performing in Africa and on March 1, 2016, that dream became a reality when they traveled over 3000 miles to perform at the annual MASA Music Festival in Abidjan, Côte d’Ivoire. The Festival of the Arts Market for African Performing, which was created in 1993 by the Intergovernmental Agency of the Francophonie, focuses on African performing arts (theater, music and dance) held every 2 years in Abidjan. Under the theme “Reinventing the Performing Arts” the festival featured more than 2,000 groups and artists and British Dependency was in the mix.

Waving their Root, Heart and Soul musical banner, the Anguillan Band performed on the main stage on Monday March 7, 2016.  Opening with single, “Selah” then following up with “Caskets Closed” from their debut album, the band was poised to dazzle the crowd and that they succeeded in doing.  Concert goers stood to their feet as the band delivered Bob Marley’s “Waiting In Vain” and new singles “Soldiers” and “Close Your Eyes” from their soon to be released EP, The Conversation.

For the remainder of the week, the band stormed the City of Abidjan with back-to-back performances at Menekre Café, Parker Place and Club Central Park.  Said performances were well received by fellow musicians and patrons.  The band, at times, took to the stage during other artist performances in solidarity, mutual respect and appreciation. However, tapping into the musical scene was not the only goal of the band.  With their photographer, instruments and crew in tow, they took to the streets and market to record footage for their new single “Ain’t No Sunshine.”  The Ivorian people joined in the fun, stopping along the way to watch and listen to the band perform, often clapping, dancing and snapping pictures on their smartphones.

Of the trip, bass player Joyah remarks, “This was an experience of a lifetime.  We have always wondered what it would be like to perform in Africa but nothing could have prepared us for how the Ivorian people welcomed us with such love, respect and adoration.  It was truly an enriching experience and we hope to go back again soon.”

Now back in Anguilla, the band is gearing up to release their EP in April 2016.  After the release, they will perform in Guadeloupe on May 16th, New York on June 11th,  Colombia on August 15th and Morocco in the fall.  The band is also expected to perform in Canada later this summer.