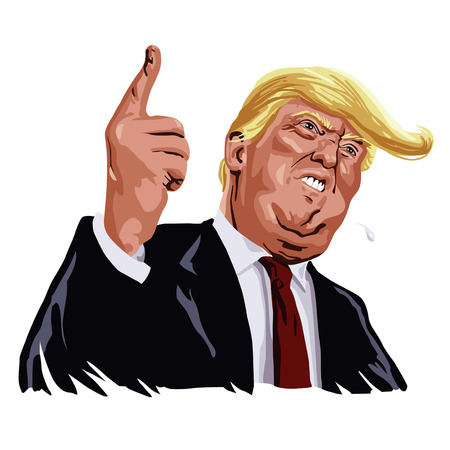 I am a passionate advocate of the movement to flip the election outcome. Last week, I shared one of the many posts documenting the troubling aftershocks of Trump’s election. It showed images of swastikas, testimonials and stories of people, even children, being verbally and physically assaulted by bigots telling them to go back to Mexico or Africa, and Muslims having their hijabs torn off their heads.

Minorities are afraid, and good and conscientious white people are afraid for them. In response to my post one white man proceeded to call me spoiled, whiny and ignorant, and went on to advise me that the images I shared were not Trump’s doing but the doing of his more ignorant followers. With that response I could only conclude that he was among the ignorant followers. This type of casual approach by white people to the misdeeds of their racist counterparts has only made the problems worse. Moreover, if this was how the first four days went, how could we be asked to endure it for all of four years?

I find many people of color who aren’t very concerned. They either believe that the deck has always been stacked against them so nothing has really changed, or they believe that they should lay low so they don’t get caught in the fray. But I AM concerned – for the children who are being told by other children that they’ll be deported, by the appointment of the founder of the alt-right (neo-KKK) to head up Trump’s inner sanctum, and by the nonchalance of white folks like the one who dismissed my concerns.

What has given me great hope is that the people who have taken to the streets by the hundreds and the thousands all over America are largely white. They are proving that all white people are not racists and bigots, and although the majority in certain regions came out in support of or in spite of a racist agenda, there are plenty who will fight just as hard or harder in support of us who will spend the next four years being portrayed as “other”.