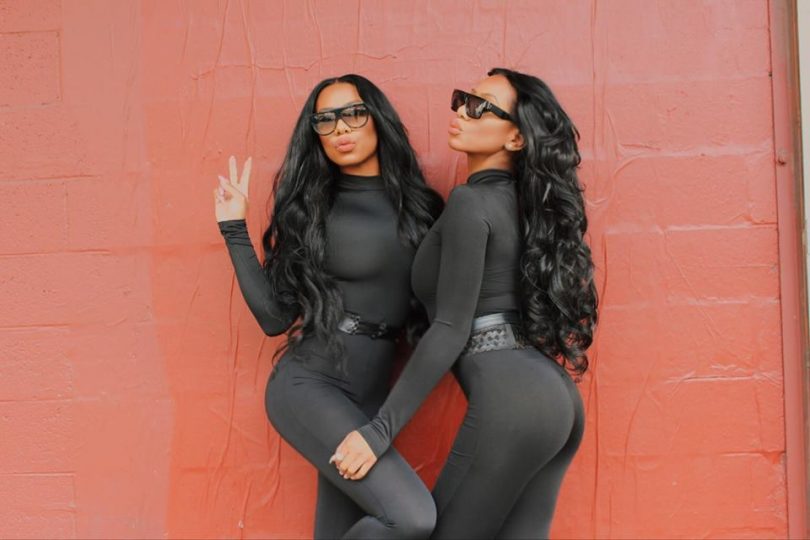 Identical twins, Shannade and Shannon Clermont, are best known from season 14 of the Oxygen reality TV show “Bad Girls Club,” but their notoriety doesn’t end there. They appeared in the viral YEEZY Season 6 campaign orchestrated by Kanye West, and in Future music videos on social media.

Born to Haitian and Jamaican immigrants, the twins moved to New York City and have built their own very lucrative brand via social media. The statuesque sisters have accrued more than 800,000 Instagram followers between them both without the aid of agents or publicists. They began modeling at the age of 14 and have become major social media influencers across multiple platforms.

Their time on “Bad Girls Club” was short-lived. They were asked to leave the show after destroying more than $200,000 in clothing and accessories, but it didn’t impede their upward trajectory. The sisters harnessed their bad girl image, turning it into a brand and launching their own Mont Boudoir fashion label.

They were selected to model OriginalFani® T-shirts for the launch of Cam Kirk Studios and are on track for greatness in the fashion world. The sisters have taken to the catwalk for Laquan Smith and Gypsy Sport and appeared on Times Square billboards. They refused to let modeling agencies dictate their appearance. The women are buxom and toned, facets that traditional modeling agencies wanted them to change.

The social media influencers have control of their image and brand firmly in their own hands. Not content to sit on their accomplishments, the twins are exploring their musical options, want to star in movies, or have their own TV show. It’s safe to say that the unique sisters won’t have any problem succeeding in their goals.