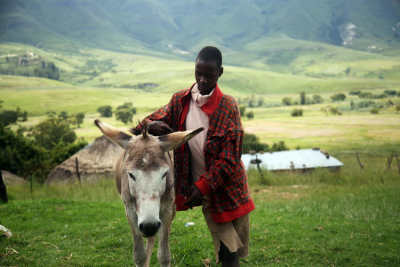 Dark red blood spewed from his back as they partially lifted him from the makeshift autopsy table in the backyard so the doctor could examine him.   The crowd in the yard was overwhelming.  The Confidence Bus that plied between Mandeville and Pratville in Southern Manchester  had disgorged its Saturday afternoon crowd  at the gate. Like vultures at a feast of carrion, they descended; curious, gawking.

The family had retreated into the depths of the house, leaving the doctor,  his assistants – farm hands of my grandmother –  and the crowd to their own devices.  But not before I had heard the comments proffered by  some women.  “How man dead from so long still a bleed? Somethin’  no right!” To which another sage   replied “Dem say dat when yu have certain kind a disease, yu blood caan clot , yu know, like dem sexual disease”   Later, many years later,  I realised that they were talking about sexually transmitted diseases. My uncle had had  syphyllis. .   I was thirteen years of age. I was experiencing my first hanging.

At some point in his adult life, Uncle Pardie came to Ivy Cottage to live with the family. I was about eleven years old. He did not fit in. He resented  his  abandonment by his mother, my grandmother. His half-siblings  resented his late intrusion in their lives.   He made them uncomfortable because, compared to him, they had enjoyed a  privileged life.    He was  given a donkey and relegated to the work of a lowly farmhand.   He became a loner in a full household.

I recall very well my sense of shame and my fervent prayer not to be seen by anyone from my school, whenever I encountered Uncle Pardie in Mandeville  on his donkey, on his way to Brumalia to visit my mother. She was the only one with whom he had managed to forge a relationship.  Subconsciously, I had internalised the  sentiments of  the other  family members and their treatment of Uncle Pardie.

Hind sight  is 20/20 vision. African tradition speaks about tokens or signs of  impending death in a family;  but  these portends are never clearly understood until after the fact. Days after Uncle Pardie’s death , Uncle Butty claimed that  in the  previous week, a large branch had mysteriously broken  from the avocado tree in the yard, Rover the black  and white half-­breed  border collie had been howling for several days, and a black bird had flown into the house through the dining room window.

My mother went to the  Mandeville  market on Friday evenings.  I tagged along behind her, hating the weekly ritual, but not daring to show my discomfiture, on pain of her favourite form of public punishment –  twisting  my ear lobes while delivering her spiel about my lack of gratitude for all that is being done for me, including the trip to the market to buy me food.  However, even with her seemingly  domineering and consequent lack of sensitivity,  my mother came to realise that I was genuinely sickened by  the meat house  – the very sight of the butcher’s bloodied apron and the hanging carcasses, and that to force me to enter the meat house was to court disaster on herself – a vomiting, nauseated child. I was therefore spared that weekly trauma. Instead, I was  strategically placed at a spot immediately outside the  entrance,  where she could see the back of my head through the framed mesh wire  that separated the meat house from the fruit and vegetable area. Does it come as a surprise that I am a vegetarian?

On that fateful Friday evening before Uncle Pardie’s death, my aunt Celeste, who was then teaching at the Mandeville Government School, met my mother at the market, an unusual occurrence. They chatted and laughed between loud whispers, snippets of which I caught.  “Mi hear sey Pardie a threaten fe hang himself.” To which my mother replied. “Me wish ‘im would do it and stop threaten. Anyway I doubt very much that Pardie would do any such thing, ‘im too coward for that. Only brave people hang themselves. ”   Celeste agreed with her sister and added that she had never liked him and my grandmother had made a ‘serious mistake’ in  taking him from Westmoreland, because he simply had not fitted into the family.  some fifty-odd years later, on one of my visits to Aunt Celeste in Canada, she confessed to her still unresolved feelings of guilt at Uncle Pardie’s death, because, when told of his threat, she had sent a message that she would purchase the rope for him.

I was comforted by the assurances of what I had overheard from both my mother and my Aunt that Uncle Pardie would remain in the land of the living. I had never experienced death in the family and did not relish the idea of  a dead Uncle Pardie, even though alive I viewed him with a combination of embarrassment and disdain.  In my youthful perception, perhaps subconsciously  buttressed by the many conversations I had overheard about him,  in both literal and metaphoric terms, Uncle Pardie was the black sheep of the family.

Saturday morning dawned crisp and clear.  It was August and I  was on summer holidays. My  chores completed and my lunch of roasted corn – an enduring favourite – thoroughly enjoyed, I was just about to settle into  reading  a library book, when  I saw Uncle Noel riding his bicycle at a fast clip up the driveway in Brumalia where I was living with my mother.   He was the bearer of tragic news.  Uncle Pardie had indeed hanged himself, on a grapefruit tree behind the house.

He was buried the Sunday afternoon, not beside his step father Samuel in the family plot as was the custom in those days, but on the Jones property, on a little plateau beside the house where the strawberry patches end.  The coffin was made by the local cabinet maker.  The grave was dug by my  grandmother’s farm hands. who were given a bottle of white rum to pour on the spot where the grave was to be dug to appease the earth spirits. My mother and grand aunt dressed Uncle Pardie in a white shirt, black pants and a pair of black shoes. African burial tradition sends the departed ones on a journey with strict instructions and from which they cannot return to harm the living. So several grains of red peas and three farthings – the lowest unit of currency at the time  – were thrown into Uncle Pardie’s coffin. He was instructed to go to Alligator Pond, some nineteen miles away; buy three pounds of fish, and admonished not to come back without the change.  He had been well and truly planted. As he was banished in life, so was he banished in death.

Because he had committed the unpardonable sin of suicide, he could not enter a church.  The ‘funeral service’ was held in the backyard, beside his autopsy table, the elevated zinc sheet which was used to bleach clothes.  The grave diggers doubled as pall bearers.  As they carried him on their shoulders along the main road, on the short journey to his final resting place, there was no crowd of mourners, no weeping siblings, no grieving mother.  After he was buried, they claimed that he did not want to be buried in Jones, because he had put ‘dead weight’ on them as soon as they entered the property and until he was set down beside the grave.

The family was stoic, its grief, if any, suppressed.  There was no nine-night, no fond reminiscing.  Nine-night is a religious African tradition. On the ninth night after a death, family and friends congregate at the home of the departed to celebrate the individual’s life with singing, praying, reminiscing,  and eating.  Pardie had come into the lives of the Hall family as an outsider. In death he remained an outsider.  His only claim to having occupied a place on this earth, was the ‘shame’ he had brought to the family and the terror his restless spirit was later accused of haunting a member of the family.

I was thirteen years of age and experiencing my first suicide. I grieved silently for Uncle Pardie.  I too felt a sense of shame, not only in the manner of his death, but because I had harboured  childish feelings of  superiority over my Uncle. He was not missed. Instead, he was reviled for bringing disgrace to the Halls,  the outstanding and ‘upstanding’ family in the community on two accounts  – for  consorting with a family member of the man who had murdered my grandfather, and secondly, for  hanging himself.

To this day, no one in the family speaks kindly of Uncle Pardie. He is our silent shame. Uncle Wilbert’s subsequent suicide two years later was attributed to him.  Uncle Pardie was to become the suicide trend-setter in the family.