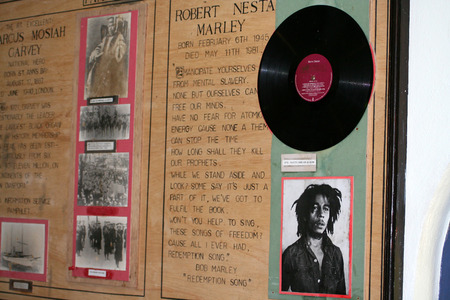 USA Today published a feature article describing Jamaica’s music culture and providing an itinerary of places to visit that are connected to the history and development of reggae. Reggae first appeared in Jamaica’s music scene in the 1960s, an outgrowth of several music traditions like mento, ska and rocksteady, and its off-beat rhythms, drum beats and bass line soon became popular all over the world. Reggae’s lyrics ranged from party tunes to calls for social action and justice. Bob Marley is the icon of the reggae genre, and he is revered worldwide. Visitors to Jamaica who are interested in exploring sites associated with reggae will find many representing aspects of Marley’s life and work. Visitors can also find out about other reggae heroes, such as Peter Tosh. The Peter Tosh Museum opened in November 2016 in Kingston, dedicated to showcasing the legacy and achievements of Tosh, who shared the stage with Marley as a member of The Wailers. He was also known for is passionate activist messages and his support of marijuana legalization. The Peter Tosh Museum is near the Bob Marley Museum, which is housed in Marley’s actual residence and the original site of Tuff Gong music. The building still has the bullet holes in its rear wall made during a failed assassination attempt on Marley in 1976. Next on the reggae tour is Nine Mile, the birthplace of Bob Marley. Visitors can see his original two-room house where he lived until he was 13. Fans can pay their respects at Marley’s Rastafarian-style mausoleum and light up a spliff in honor of his legacy. Musicians who want to lay down their own tracks can take advantage of the opportunity provided at Geejam Collection in Port Antonio, where villas stand alongside a music studio. Recording artists like Alicia Keys and Amy Winehouse have used these facilities. Jamaica also hosts a number of special events focused on reggae, including the yearly Bob Marley Week held every February in Kingston and the Bob Marley Birthday Bash concert in Montego Bay. Any visit to Jamaica is a visit to reggae country, however, and music permeates every aspect of life on the island so that the “riddim” and the destination are the same thing.