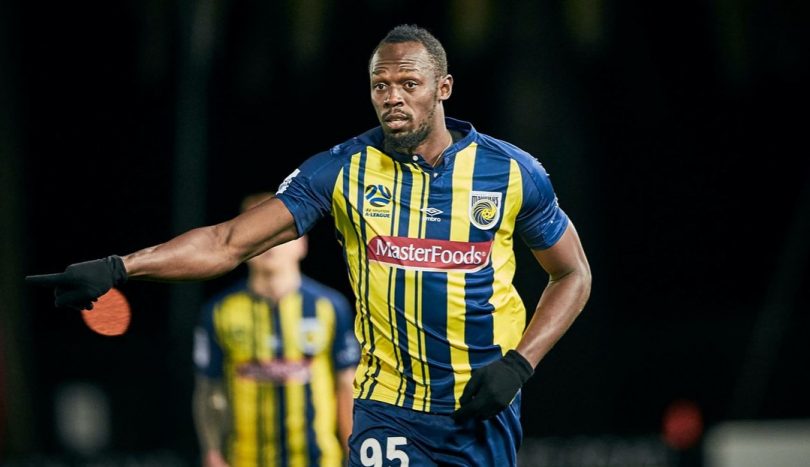 Jamaica’s eight-time Olympic gold medal winner and sprint legend Usain Bolt made his debut as a professional soccer player on August 31, 2018, appearing for Australia’s A-League club Central Coast Mariners. While it had been known before the game that Bolt would have only a minor role in the match, the fans came out to watch him, with the total of 9,956 people attending was 2,500 higher than the average home attendance numbers for the Mariners. The appeal of Bolt was also emphasized by the fact that some 60 countries provided live television coverage of his first game. The game was broadcast to Africa, Asia, and Europe. In his approximately 20 minutes of play in the 6-1 practice match victory over a Central Coast club in Gosford, Bolt initially was positioned on the left wing, but his first touch resulted in the ball clipping off the back of his boot. He did have some good moments as well, releasing Jack Clisby on the left-hand side and also beating an opponent before losing the ball. He rapidly moved into a more central position, and several crosses fell very close to him. He nearly reached a far post cross and had a stoppage time shot blocked. 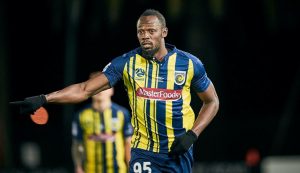 Bolt told Fox Sports that he was “a little bit nervous” at the start, but as he got onto the field, “I think the nerves went away.” He wished he had had more touches, but acknowledged, “I’m not fit yet” and says he is planning to do the necessary work to get up to speed. He estimated four to five months for him to get “properly” in shape, but hopes to improve significantly over two months. “Then to get used to the touch of the passes from my teammates … four months, I will be playing like one of the guys.” Mike Mulvey, coach of the Mariners changed most of the starting side at halftime, but Bolt only took the field at the 72nd minute. Mulvey said the fitness experts told him Bolt was ready to play “a good 20 minutes.” The fans loved Bolt even before he came on the field, however, and he touched hands with several onlookers during warmups on the sideline during the first half of the match.  Bolt wore the humbler 95, which club officials say he chose himself. It is believed to refer to his 100-meter world record time of 9.58 seconds set in Berlin in 2009.