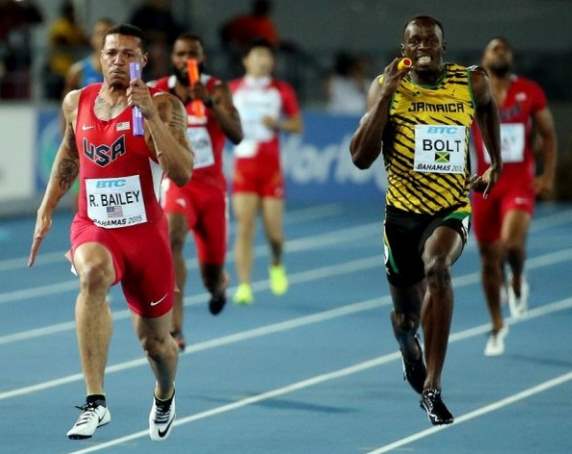 The loss of Jamaica’s men’s 4×100 relay team to the U.S. in the 2015 IAAF Word Relays on Saturday sparked a global media frenzy over men’s track dominance while overlooking that Usain Bolt broke another track record in that race. The world’s fastest man now owns the record for the fastest 4×100 meter anchor leg in history. Usain Bolt ran a world’s best 8.65 in the anchor leg even though Team Jamaica’s 4×100 men’s relay team loss to the USA.  The US team was ahead by four-meters through three legs of the race and Usain Bolt had to gain plenty of “ground” to win. In his effort to catch the USA’s Ryan Bailey he broke another world record.