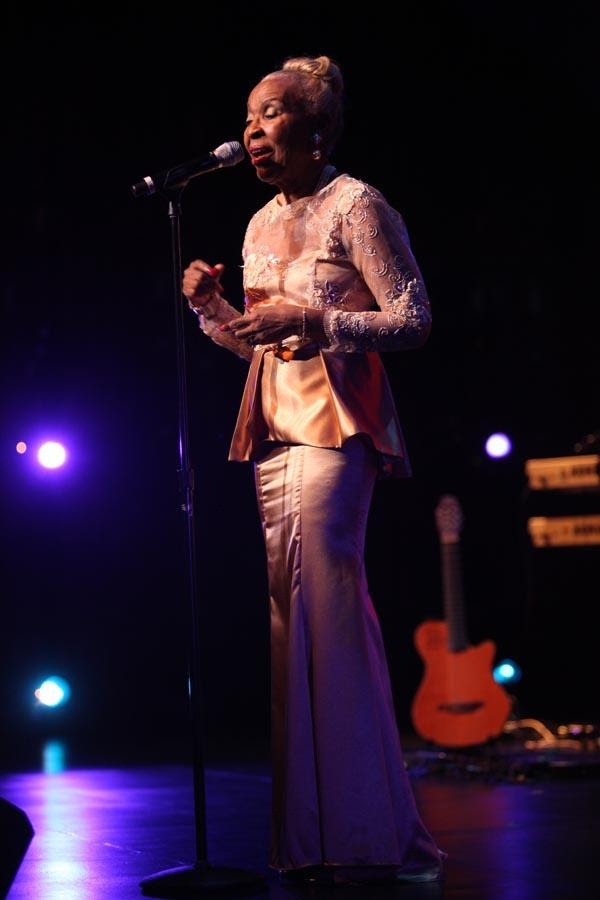 The second staging of Simply Myrna, Myrna Hague in concert at the Miramar Cultural Center on Saturday, April 1, 2017 did not disappoint the appreciative audience in attendance. A fundraiser in support of the UWI Alumni Florida Chapter, the show featured Jamaican jazz songstress Myrna Hague, Ernie Smith and the all-female vocal group Brazilian Voices.

Hague opened the show dressed in a shimmering gold gown with This is My Life followed by another jazz standard Call Me. She continued to perform classics such as Only Love Sets You Free, Love For Sale and an Italian rendition of Never Never which she learned while living in Italy as a teenager. Totally connected with the audience, she closed the first half of the show, highlighting her versatility with a Caribbean medley comprising a version of the original Haitian Creole Yellow Bird, performing a stanza in English, and Jamaica Farewell.

The Brazilian voices performed a beautiful set of Brazilian Bossa Nova including the 1962 Stan Getz classic Girl From Ipanemia  and the popular Sergio Mendez’s Mas Que Nada.  They had the audience singing along to their rendition of Bob Marley’s Three Little Birds.

Ernie Smith, who is celebrating fifty years in music this year had the audience on their feet. His solid repertoire of hits and his strong baritone voice provides him with ammunition to entertain any audience. One Dream, Life Is Just For Living, Tears On My Pillow and Duppy or Gunman, had the audience singing along. Ernie took time to introduce his background singers, Sahara (his daughter) and son OJ, in a very emotional and moving moment.

Hague would join Ernie on stage in a duet performing Neil Diamond’s Play Me, which also included an affectionate waltz. The audience was engaged and as the band played, under the musical direction of drummer Desi Jones, there was a sense of the moment being very special. As the show closed, Myrna Hague was presented with a boquet of flowers and a special citation from the UWIAA Florida members.