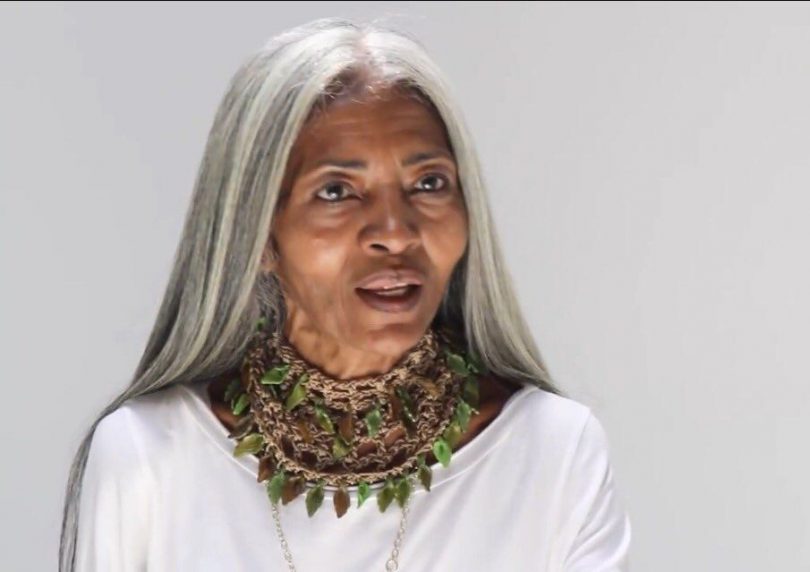 JoAnn Johnson, a 60-plus, Jamaican-American model for Fenty Beauty and Pyer Moss, told Vibe Magazine that she never thought she would be representing major fashion brands when she began her modeling career. When asked by Vibe if her modeling journey was planned, she said that it was “totally serendipitous, I did not plan this.” She added that if anyone had told her two-and-a-half years ago that she would be the face of brands like Fenty and Pyer Moss, she would have told them they were “insane.” Her current fame dates from a 2016 Allure video about beauty and aging gracefully. Johnson was the stand-out in the video, captivating viewers with her looks, wisdom, and “captivating gaze.”

At 5’4” with her more-salt-than-pepper hip-length tresses, the model who was born in Harlem but whose family lives in St. Elizabeth native is somewhat dismissive of her portfolio, which has been described as “edgy.” To date, she has been photographed for Vogue, ELLE, and Essence magazines, along with shoots for the likes of Pyer Moss, and Fenty, the luxury line founded by superstar singer and fashion leader Rihanna.

She actually thinks of herself more as a tea blender and specialist than as a model as her modeling career didn’t begin until she was in her 60s. She also considers herself more in the role of mother, which makes her position as a spokesperson for Vaseline’s #ListenToYourMoms campaign a more comfortable fit for her.

Acknolwedging tat her success as a model, though exciting and glamorous, caused her to move outside her comfort zone. She strives to “stay present” and experience each moment as it comes, she said. She focuses on “living in the now” and the ways that beauty and self-care are part of the lessons she has learned through her experience of motherhood. She frequently notes how she did not plan to have a modeling career and that everything happened to her by chance. The universe has been good to her, she says, and adds that “I’m just very grateful”.