A Hearing will be held Aug. 31, 2016, inside the Circuit Court of Virginia Beach, VA, in the case of The Wailers vs. Back Bay Management, Jennifer Miller, and Monterey International. A Petition for Injunctive Relief has been filed on behalf of Aston “Familyman” Barrett and The Wailers to seek judgment on a number of allegations and actions, including the five counts listed below.

In May 2016, Familyman left the band he had led, a band represented by Miller, Back Bay, and Monterey. They were soon issued a cease and desist order to stop using The Wailers name and Familyman’s name, image, and likeness for marketing, promotion, on its website, and on social media. The trio continued to willfully and intentionally promote, advertise, book, and collect payment for “The Wailers,” selling a sham band that does not contain one original Wailer. These actions have caused suffering and irreparable damage to The Wailer’s legacy, reputation, name, and goodwill, as well as extensive financial harm.

The sham band is scheduled to play at the Lockn’ Festival in Arrington, VA, on Sun., Aug. 28, 2016. This is in clear violation of Virginia law that states it is “unlawful for a group, or its agent, to advertise or conduct a performance or production in Virginia, known to be false, deceptive, or misleading, with the intent to defraud the public.” This is a criminal act perpetrated by Miller, Back Bay, and Monterey a mere three days before the scheduled Hearing.

The Causes of Action to be heard on August 31 include:
•    Count I – Unauthorized Use of Name and Pictures – Defendants have been using Familyman’s name and image for promotion and marketing, as well as claiming The Wailers’ legacy.
•    Count II – Common Law Fraud – Falsely representing facts to the fans, promoters, and general public; taking advantage of The Wailers fame and goodwill.
•    Count III – Unjust Enrichment – Defendants have received financial gain at the Plaintiff’s expense, with no action to repay.
•    Count IV – Interference with Business Expectations – Defendants sought former Wailers business partners to secure engagements for the sham band. Plaintiffs had clear expectancy to exclusive use of The Wailers name. The Defendants were aware of this and still interfered, blocking the Plaintiffs from expected future contracts and advantageous business relationships.
•    Count V – Violation of VA Code 59.1-466.2 – This clearly states that it is unlawful to advertise, promote, conduct business, or deliver a performance that is known to be false, deceptive or misleading, with the intent to deceive and defraud the public.

The sham Wailers have no legitimate or legal right to the name. Nowhere do they claim to be a salute or tribute band. They use The Wailers legacy, and Familyman’s image and 50-year history, to confuse and mislead fans. Familyman will have his day in court; the Wailers’ reputation and goodwill hang in the balance. 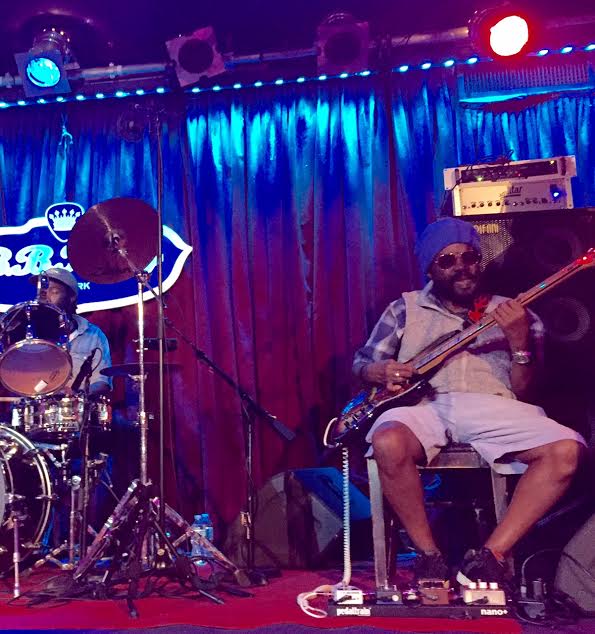