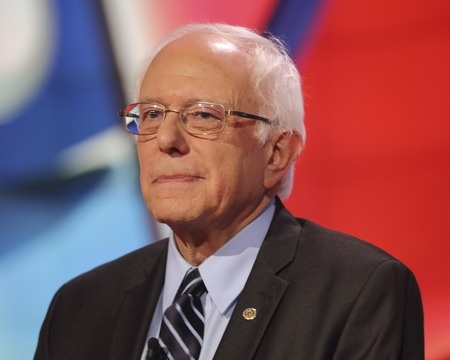 Milk and honey, and streets paved with free healthcare and free education. That’s what Bernie Sanders is selling to millennials for $27. They’re caught up in the euphoria of what feels like a righteous revolution. It was a different type of euphoria when four years ago I dropped my whole life to go campaign for Barack Obama. Miami Gardens has the highest concentration of black people in the state of Florida so believe me when I say there was a ton of energy in our office.

We, the believers pushed ourselves and each other to call every house, walk every street and knock on every door we could. People donated their money and their time.

There had been big donors and small donors all working together to get Obama elected. It’s just like PBS which has big money corporate underwriters and still begs for $20 donations from their viewers by way of pledge drives. The small donations let you know that people are engaged, the big money actually gets the heavy lifting done.

I know from experience that once the election ends, the euphoria does too. The $27 donations will dry up and if left to him, every other Democrat will need to find their own $27 donors to be worthy of his leadership.

Bernie will destroy small business by raising the minimum wage to a level they can’t afford. Students will go back to class waiting for President Bernie to waive their tuition and health care costs, and like the woman who declared all her bills would be paid when Obama became president, will have a rude awakening when they find he can’t. All the excitement is great but what will happen when his screaming fans go back to being idealistic kids who don’t know how to effect the change they yearn for?

“Establishment” may be a dirty word nowadays, but I’d rather have an experienced surgeon leading the medical team that holds my life in their hands, than someone who pontificates about how good the team could someday be… or a guy who just plays a surgeon on TV.