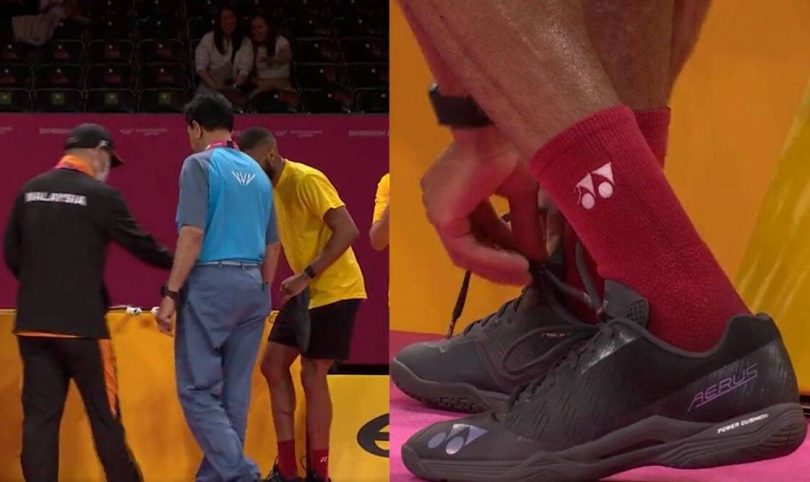 Jamaican badminton player Samuel Ricketts, the national badminton champion, damaged his shoes during a match against his Malaysian competitor Ng Tze Yong at the 2022 Commonwealth Games in Birmingham, England. Malaysia’s men’s singles badminton coach Hendrawan gave Ricketts the loan of his own shoes so he could complete the match as the crowd cheered his sportsmanship. Ricketts, who ultimately lost the match to Yong, continued to borrow Hendrawan’s shoes for a doubles match later in the day, partnering with fellow Jamaican Joel Angu against the Tokyo Olympic bronze medal winners, Aaron Chia and Soh Wooi-yik. The Jamaicans were defeated in that match as well and failed to qualify for the quarter-finals, but Hendrawan’s gesture of sportsmanship was not forgotten.

The moment was immortalized in a video posted to Twitter and went viral. The video showed the Malaysian coach walking over to Ricketts and giving him the loan of his shoes. Twitter users thanked the coach for teaching the world that sportsmanship is more important than winning a medal.

It’s what the Games is all about!#B2022 #CommonwealthGames #Badminton pic.twitter.com/wnJcJ7uNKW

Hendrawan posted a message to Instagram discussing why he was moved to make a positive gesture toward Ricketts, writing, “A story about shoes…It all starts with a good intention to help. Seeing him struggle, I don’t want to see him stop because of broken shoes. I only gave him my shoes so he could continue his dream to keep playing, From here I realized that there are some things bigger than a match, such as love, respect, and humanity.”

Ricketts, who was the team captain of Jamaica’s team at the Commonwealth Games, said he was proud of his role as captain and hoped that the team’s efforts at the Games will inspire the growth of the sport of badminton. Ricketts is balancing his athletic career with postgraduate studies at the University of Warwick and believes the Birmingham competition provided a good platform for his efforts toward qualifying for the 2024 Olympic Games in Paris. Before then, however, he and the team will compete at the CAC Games and the Pan American Games.