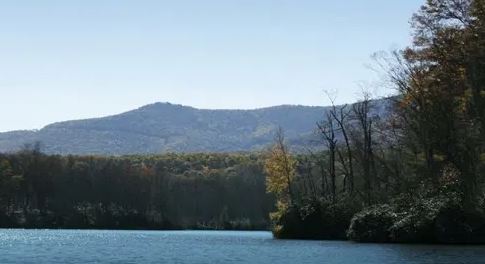 Gehazi was around Elisha long enough to have known better.  After all, being a servant to one of Israel’s greatest prophets should have counted for something. Yet after the high of being there when the Shunamite woman’s son was brought back to life, Gehazi would now hit the lowest of lows.  According to the narrative, through instructions provided by Elisha, God had just healed Naaman, the army captain of the king of Syria, of leprosy (2 Kings 5:1-14).  Naaman, being grateful, stood before the prophet and said, “‘I know at last that there is no God in all the world except in Israel; now please accept my gifts.’ But Elisha replied, ‘I swear by Jehovah my God that I will not accept them.’ Naaman urged him to take them, but he absolutely refused” (vv. 15-16, TLB).  Elisha refused to take a gift for something that was God’s doing.

As Gehazi listened to the two men talking and after Naaman had left, he said to himself, “Behold, my master hath spared Naaman this Syrian, in not receiving at his hands that which he brought: but, as the Lord liveth, I will run after him, and take somewhat of him. So Gehazi followed after Naaman” (vv. 20-21a, KJV).  He had the audacity to invoke the name of the Lord in his scheme!  After catching up with Naaman, he told him how Elisha would like “$2,000 in silver and two suits” to give to two young prophets who had visited him (v. 22, TLB).  Naaman willingly gave him “$4,000” and “two expensive robes” and had his servants take them to the house where Elisha was.  Gehazi then hid the money in the house (vv. 23-24, TLB).

Seeking to return to his post before he was missed, Gehazi promptly went and stood innocently before the prophet.  Elisha asked him, “‘Where have you been, Gehazi?'” to which he replied, “I haven’t been anywhere'” (v. 25). Unashamedly, he lied to the prophet! Though he was close to Elsha, integrity was not something that he knew. The narrative continues, “But Elisha asked him, ‘Don’t you realize that I was there in thought when Naaman stepped down from his chariot to meet you? Is this the time to receive money and clothing and olive farms and vineyards and sheep and oxen and servants?” (v. 26).  Then he pronounced judgement: “Because you have done this, Naaman’s leprosy shall be upon you and upon your children and your children’s children forever” (v. 27). The result? “And Gehazi walked from the room a leper, his skin as white as snow.”  The effect was immediate.

What is in this story for us?  When Elisha refused to accept Naaman’s gift, he intended for him to realize that true servants of God did His bidding without an afterthought of personal gain.  Elisha did not see the gift offered as a “blessing” to be received, but rather the healing was a moment for God to be glorified in Naaman’s life. By going after Naaman for the gifts, Gehazi had misrepresented what God and Elisha were all about and he was punished severely for it.  We must never seek to enrich ourselves from what God is doing through us.  It is His power that is at work.  We are simply the instruments through whom He demonstrates that power and it is He who will reward us, in His time, if and when He so chooses. Gehazi found that out the hard way.  We can learn a lesson or two from him.