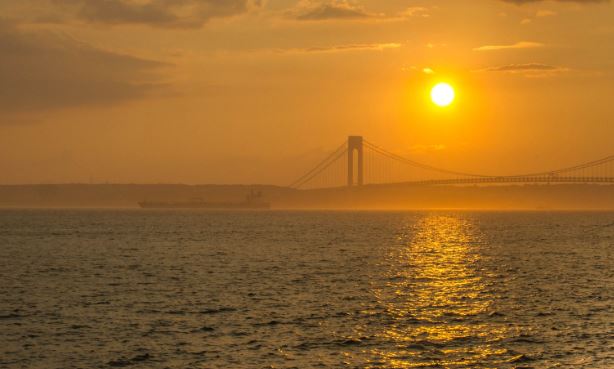 Samuel was sure he had his man.  According to the narrative, God had instructed him​,​ “Fill your horn with oil and go; I will send you to Jesse the Bethlehemite, for I have chosen a king for Myself among his sons” (1 Samuel 16:1b, AMP).  In the house of Jesse, standing before him was Jesse’s eldest of eight sons and the prophet was convinced, just by looking at him, that this was the one chosen by God to replace king Saul. We are not told exactly what about Eliab that impressed Saul but we are left to imagine that outwardly he must have been one fine specimen of a human being, with attributes suited for a king, for when Samuel looked at him, he thought, “Surely the Lord’s anointed is before Him” (v. 6).

However, before the prophet could anoint Eliab as the next king of Israel, God spoke to him: “Do not look at his appearance or at the height of his stature, because I have rejected him. For the Lord sees not as man sees; for man looks at the outward appearance, but the Lord looks at the heart” (v. 7).  Samuel was not in a position to have concluded Eliab was the chosen one.  God had previously told him that when he got to the house of Jesse, “I will show you what you shall do [after that]; and you shall anoint for Me the one whom I designate” (v. 3).  Nowhere do we see Samuel asking God if the one before him was His chosen. No, he came to that conclusion just because of Eliab’s physical appearance.  This is a natural human tendency to make assumptions and arrive at conclusions based on what we see. We accept or reject, like or dislike, find favourable or unfavourable, on how a person looks.  But God sees it differently in that while a man looks at and is impressed or unimpressed by the outward appearance, He looks at the heart.

Six more of Jesse’s sons passed before Samuel that day after which he said to Jesse, “The Lord has not chosen [any of] these” (v. 10).  However, since God could not be wrong and had indicated that the designated one would be from the house of Jesse, he continued, “‘Are all your sons here?’ Jesse replied, ‘There is still one left, the youngest; he is tending the sheep’” (v. 11a).  In other words, he is not here with the others because he does not fit the part; he doesn’t have the physical characteristics one would look for in a king.  But Samuel said to Jesse, “Send word and bring him; because we will not sit down [to eat the sacrificial meal] until he comes here” (v. 11b).  When David came we are told that “he had a ruddy complexion, with beautiful eyes and a handsome appearance. The Lord said [to Samuel], ‘Arise, anoint him; for this is he.’ Then Samuel took the horn of oil and anointed David in the presence of his brothers, and the Spirit of the Lord came mightily upon David from that day forward” (vv. 12-13).

God did not choose David because of how he looked; he chose him because David was a man after His own heart (1 Samuel 13:14).  A man who was, as noted by Bible scholar John Gill, “every way agreeable to the will of God, and who would fulfil His will.”  This was God’s choice.  Jesse did not think his youngest son qualified to even be a part of the initial pass through before the prophet. He was outside doing the most menial of tasks, taking care of the sheep, yet God saw him and more importantly, He knew his heart. This was most important because as German pastor and theologian Dietrich Bonhoeffer tells us, “The heart in the biblical sense is not the inward life, but the whole man in relation to God.”

As humans, it is easy for us to make the same mistake Samuel made. However, instead of making physical appearance a priority, let us try and connect with a person’s heart.  We just might be pleasantly surprised at what we find.