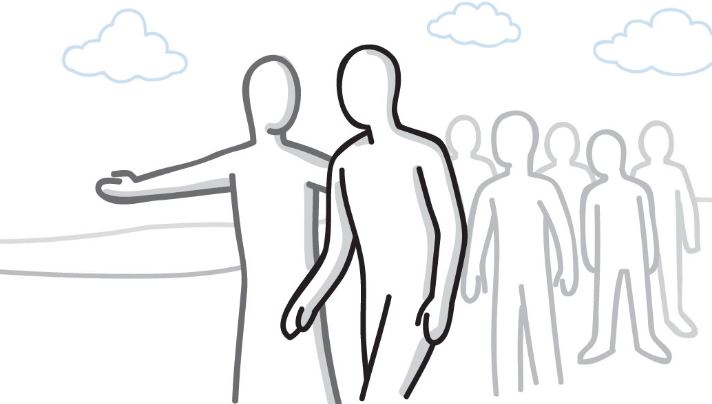 In his book The God Delusion, renowned atheist Richard Dawkins writes, “The God of the Old Testament is arguably the most unpleasant character in all of fiction: jealous and proud of it; a petty, unjust, unforgiving control-freak; a vindictive, bloodthirsty ethnic cleanser; a misogynistic [woman hater], homophobic, racist, infanticidal, genocidal, filicidal, pestilential, megalomaniacal [egotistical], sadomasochistic, capriciously malevolent bully. Those of us schooled from infancy in his ways can become desensitized to their horror.” Some Christians shudder at such a description of the God they trust and worship, and that is exactly the point.  For all the negativity he could muster in his assault on God and His character, Dawkins had not met God.  He was describing someone he did not know.
There are many people who are like Dawkins. Without taking the time to know the One of whom they speak so authoritatively, they are content with their flawed and unproven characterizations. I am reminded of the conversation between Philip and Nathaniel as recorded in John Chapter 1. According to the narrative, Philip found Nathaniel and said unto him, “‘We have found Him, of whom Moses in the law, and the prophets, did write, Jesus of Nazareth, the son of Joseph.’ And Nathanael said unto him, ‘Can there any good thing come out of Nazareth?'” (vv. 45-46, KJV). In this instance, Philip was thrilled at meeting Jesus. His excitement was of such that, to borrow the words of Matthew Henry, he said to Nathaniel with a sense of urgency, “We have found Him whom we have so often talked of, so long wished and waited for; at last, He is come, He is come, and we have found Him!” Yet, Nathaniel saw things differently. He was prepared to write off Jesus simply because of his own prejudice towards the city and people of Nazareth!
Philip’s response was one for the ages. He did not seek to reason with Nathaniel; he simply said to him, “Come and see.” In other words, “Do not take my word for it, come and see for yourself. Put aside your prejudice and listen to Him; examine what He says.” Of Him John says not only is He the Word, not only was He in the beginning with God, but this same Word “was made flesh, and dwelt among us, (and we beheld His glory, the glory as of the only begotten of the Father,) full of grace and truth” (v.14).
That is the God we serve and that is the God we need to show to the world. Not the misrepresentation that Dawkins and company would project, but the God who is “full of grace and truth.” He is the one in whom we believe, the One who is precious (1 Peter 2:7). It is only as mankind come to know Him that we can know who He really is. We will not convince sceptics with our arguments. The best thing we can do is to invite them to “come and see.” Once Philip met Jesus, he could not help himself. The words from his lips are recorded for all times: “Rabbi, thou art the Son of God; thou art the King of Israel” (John 1:49).
If only Dawkins could take up Philip’s invitation. Do you know anyone who needs to?