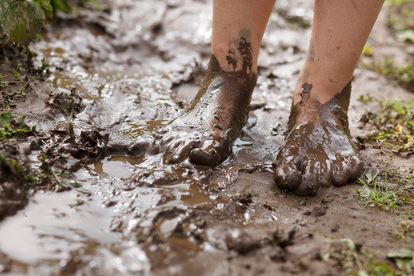 Whenever we think of God, we often think of Him as Isaiah saw Him, “sitting on a throne, high and exalted” (Isaiah 6:1, AMP). For some of us, He is so high that we spend much of our time trying to “reach up” to Him.  If we pray more, pray harder, fast longer, do not sin as much, have a better attitude, or, to put it bluntly, be more religious/righteous, then we would better our chances of getting closer to Him.  As someone once said, religion is all about man’s effort to reach up to God. The more we fail, the more we make a mess of our lives, the guiltier we feel, and the more God seems distant. Yet that picture of God is one of our own makings; it is not who He has declared and showed Himself to be.

These thoughts came to mind as I reflected on the words of the psalmist: “Who can be compared with the Lord our God, who is enthroned on high? He stoops to look down on heaven and on earth.  He lifts the poor from the dust and the needy from the garbage dump” (Psalm 113:5-7, NLT). If you read those verses too fast, you would have missed something very profound. Read them again, slowly. The God who is enthroned on high, stoops to look down on heaven and earth and reaches into the messy places – in the dust and the garbage dump.  In these verses, we have a picture of God’s gracious condescension, times when He temporarily disregards the difference in positions between ourselves and Him. Times when He gets His hands dirty for our sakes. From the dust, He often lifts those who are literally and spiritually poor; from the garbage dump those who have fallen into sin.

When Jesus walked among men, He told stories about and showed us God reaching in the messy places to lift out those who had fallen. For example, to a woman caught in the act of adultery, condemned to die by stoning under the Mosaic law, He challenged her accusers by stooping down to write in the dust, not once but twice, before sending her on her way not with condemnation but with encouragement (John 8:2-11). We saw Him spitting on the ground, making clay with the saliva before putting it on a blind man’s eye and giving him instructions that would eventually see him regain his sight (John 9:1-7). We saw Him as the Good Shepherd carefully leaving the ninety-nine sheep and go searching high and low for the one who was lost until He found it (Luke 15:1-7). To a prodigal son suffering the indignity of tending pigs and so hungry that the pig’s food looked appetizing, we see the Spirit of God meeting him right where he was in the pigpen, bringing enough conviction that he took stock of himself and made the decision to return to his father’s house (Luke 15:11-22).

As I reflected on these and other biblical narratives, I am in awe of the fact that God, who can do absolutely anything logical that His mind conceives, did not and does not send an angel on His behalf to take us out of the mess we find ourselves in.  He does not even ask us to try to get ourselves out of those messy places.  No, He stoops down and does it Himself.  Spanish author Miguel de Cervantes (1547-1616) was right when he said, “Among the attributes of God, although they are all equal, mercy shines through with even more brilliancy than justice.” It is no wonder the psalmist preceded our insight with the question, “Who is like unto the LORD our God, who dwelleth on high?” No one else could be God but God.  I am forever grateful for His love, His compassion, and His graciousness. Whatever messy situations you and I find ourselves in, whether the results of our own actions or otherwise, He is able to stoop down and lift us out as long as we are willing for Him to do so.  I find that very comforting; I hope that you do too.