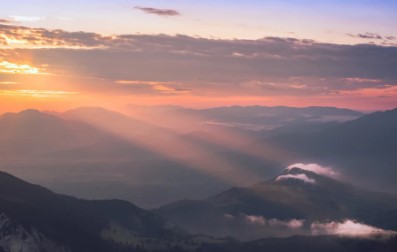 According to the narrative, Moses, a Hebrew, was raised by the daughter of the Pharoah (Exodus 2:1-10). One day while Moses was out “unto his brethren,” looking “on their burdens” (v.11, KJV), he saw an Egyptian smiting a fellow Hebrew, and Moses killed the Egyptian. When the Pharoah heard about the incident, he sought to kill Moses, who immediately fled to the land of Midian, where he eventually joined Jethro’s family and settled down with Zipporah, one of Jethro’s daughters, as his wife (vv. 12-22).

The text tells us, “Now Moses kept the flock of Jethro his father-in-law, the priest of Midian: and he led the flock to the backside of the desert, and came to the mountain of God, even to Horeb. And the angel of the LORD appeared unto him in a flame of fire out of the midst of a bush: and he looked, and, behold, the bush burned with fire, and the bush was not consumed. And Moses said, ‘I will now turn aside, and see this great sight, why the bush is not burnt.’ And when the LORD saw that he turned aside to see, God called unto him out of the midst of the bush, and said, ‘Moses, Moses.’ And he said, ‘Here am I'” (Exodus 3:1-4).

Interestingly, this was the first record of God encountering Moses and vice versa. Tradition has it that Moses spent his first 40 years as an Egyptian prince and the next 40 years in Midian as a shepherd wandering the wilderness. He was fully settled into his new life, a fugitive from justice, an 80-year-old man minding his own business, when God suddenly visited him in a place where he did not believe anyone knew where he was or that anyone would ever find him. Bible scholar Joseph Benson said, “Probably there had been no appearance of God to anyone since Jacob’s descent into Egypt, above two hundred years before,” which made this appearance so remarkably unexpected.

Three things stood out for me as I reflected on the text. First, despite no previous encounters between them, God knew exactly where to find Moses when He needed to. Second, God knew who Moses was because He called him by his name. Third, if God could find Moses in the back of the wilderness, He can find you and me wherever we are. How many times have we felt that God had lost our address? That He doesn’t know where we are? In 2 Chronicles 16:9, we are reminded that “the eyes of the Lord run to and fro throughout the whole earth.” St. Anselm of Canterbury (1033-1109) was on to something when he said, “How distant you are from my sight while I am present to your sight! You are wholly present everywhere and I do not see you.” In other words, we are never out of His sight. That encourages me, and it should encourage you too. God knows where you are.