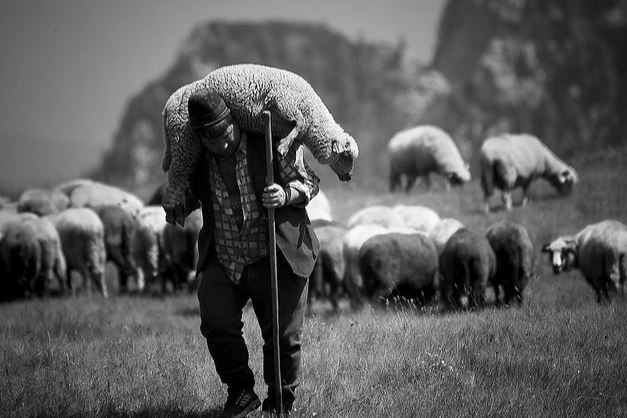 It is an amazing attribute of God that He cares about people and especially those who are not in right standing with Him.  If anyone thinks otherwise, they have not taken the time to get to know Him or His heart as revealed in His Word. To listen to some who claim to know, it is as if God is in the condemning business, gavel in hand like a judge on the bench waiting to bring “the hammer” down on unrepentant sinners.  Jonah was angry with God because He did not destroy Nineveh (Jonah 3:6-10, 4:1).  In the New Testament, we see two of Jesus’ disciples, James and John, asking for His permission to call down fire from heaven to destroy the people in the Samaritan village who had rejected Him (Luke 9:51-54). According to the narrative, “[Jesus] turned and rebuked them and He said, ‘You do not know what kind of spirit you are; for the Son of Man did not come to destroy men’s lives, but to save them.’ And they journeyed on to another village” (vv. 55-56, AMP). To know God, it is necessary to know His heart.

Even though he was a prophet, Jonah did not understand this fully.  Sure, he knew that God was “a gracious and compassionate God, slow to anger and great in lovingkindness, and [when sinners turn to You] You revoke the [sentence of] disaster [against them]” (Jonah 4:2), but that did not go far enough.  God doesn’t just wait for sinners to come to Him, He relentless goes after them as Jesus showed us in the parable of the lost sheep.  Here the shepherd searches for the wandering sheep until he finds it (Luke 15:4), at which point “he lays it on his shoulders, rejoicing.  And when he gets home, he calls together his friends and his neighbors, saying to them, ‘Rejoice with me, because I have found my lost sheep!’” (vv. 5-6).  Then Jesus said something remarkable: “I tell you, in the same way, there will be more joy in heaven over one sinner who repents than over ninety-nine righteous people who have no need of repentance” (v. 7).  Read that verse again and let the words sink in.  Heaven has a party when one sinner repents!  The Good Shepherd who would give His life for the sheep (John 10:11), is someone who not only cares but is also passionate about them.

Does this mean that people who are not in right standing with God get a free ride? That there is no accountability?  Absolutely not.  Through the prophet Ezekiel, God addressed His people, “‘The person who sins [is the one that] will die. . . . But if the wicked man turns [away] from all his sins which he has committed and keeps all My statutes and practices justice and righteousness, he shall certainly live; he shall not die.  All of his transgressions which he has committed will not be remembered against him; because of his righteousness which he has practiced [for his moral and spiritual integrity in every area and relationship], he will live.  Do I take any pleasure in the death of the wicked,’ says the Lord God, ‘rather than that he should turn [away] from his [malevolent] acts and live?'” (Ezekiel 18:20-24).  And later, “I take no pleasure in the death of the wicked, but rather that the wicked turn from his way and live. Turn back (change your way of thinking), turn back [in repentance] from your evil ways! For why should you die, O house of Israel?’” (Ezekiel 33:11).  God pursues the lost to demonstrate His love so the lost can recognize and accept this love, repent, and enter into a relationship with Him (Romans 2:4).  Though not deserving of the chance, God nevertheless allows mankind the opportunity to choose Him.  Since we all have an appointment with death (Hebrews 9:27), the individual who dies in their sins is the one who, while they were alive, chose to reject the Passionate Pursuer.

So why does God care about mankind and especially those who are in danger? Why is He so passionate about us? Because He is father to all.  From the lips of Ezekiel He declares, “Behold (pay close attention), all souls are Mine” (Ezekiel 18:4a). However, being the father who loves with an everlasting love and who continues to draw us to Himself with loving-kindness (Jeremiah 31:3), He holds us accountable for our actions, “the soul who sins will die.” (Ezekiel 18:4b).  As we have all sinned and continually fall short of the glory of God (Romans 3:23), but for His undeserved grace and mercy, no one would live.  Our natural inclination is to turn away from Him who is holy, so it became necessary for Him to come after us.  He didn’t do so grudgingly, or half-heartedly.  He came and continues to come passionately and relentlessly, finding us wherever we are – even in the messy places.  It was He who found us and not we who found Him (John 6:44). Spanish author Miguel de Cervantes (1547-1616) was right when he said, “Among the attributes of God, although they are all equal, mercy shines with even more brilliancy than justice.” The God who created and controls the universe and everything in it, the one worshipped by angels and who is sufficient within Himself thus lacking and needing nothing to be complete, took and continues to take the time to be passionate about you and me.  I stand in awe of Him.