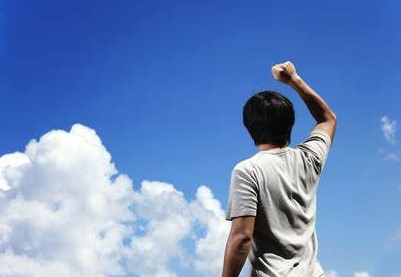 It was a battle they should have won. Coming off the conquest of Jericho (Joshua 6), taking Ai should have been like the proverbial walk in the park. The men who had spied out the region had returned confidently and told Joshua, “Not all the army will have to go up against Ai. Send two or three thousand men to take it and do not weary the whole army, for only a few people live there” (Joshua 7:3, NIV). However, something went terribly wrong because once the battle started, Joshua’s men “were routed by the men of Ai who killed about thirty-six of them. They chased the Israelites from the city gate as far as the stone quarries and struck them down on the slopes. At this, the hearts of the people melted in fear and became like water” (vv. 4-5).

Following the stunning defeat, Joshua and the elders tore their clothes and fell face down to the ground before the ark of the Lord, remaining there till evening. According to the narrative, “And Joshua said, ‘Alas, Sovereign Lord, why did you ever bring these people across the Jordan to deliver us into the hands of the Amorites to destroy us?'” (v. 7). His entire prayer is covered in verses 7-9, but it is interesting to see how he started; He apportioned responsibility for the loss to God. In other words, he blamed God. There was no reflection on whether or not the defeat was a result of something they had done. After all, if God had promised them victory and they had tasted defeat, surely the problem could not have been on God’s side for He is faithful to His Word (Numbers 23:19; Hebrews 10:23).

After allowing Joshua to say his piece, God said His. From verses 10-15, we see a string of rebukes and instructions which started with an indictment: “Stand up! What are you doing down on your face? Israel has sinned; they have violated my covenant, which I commanded them to keep. They have taken some of the devoted things; they have stolen, they have lied, they have put them with their own possessions.” In other words, the reason Israel lost the battle was not because of negligence on God’s part, but rather because of sin on Israel’s part.  It was they who had violated the covenant. Yes, God could have overlooked the violation, but that would have gone against His nature. Every disobedience has to carry its own consequence. English poet Alexander Pope (1688-1744) was right when he said, “A man should never be ashamed to own he has been in the wrong, which is but saying, in other words, that he is wiser today than he was yesterday.”

This brings the lesson around to you and me.  How much of what goes “wrong” in our lives do we hold God responsible for?  Blessings we are promised but which have not materialized; promises we stand on that seem to no avail. Could we be responsible for the delay in our blessings? These are questions worth pondering over. After we have finished “complaining” to God about the lack of answers to prayers, instead of getting up feeling all spiritual and professing to be waiting on Him, instead of blaming God and/or others, it might be worth listening carefully to what He has to say. While you and I profess to be waiting on God, could it be that it is God who is waiting on us?