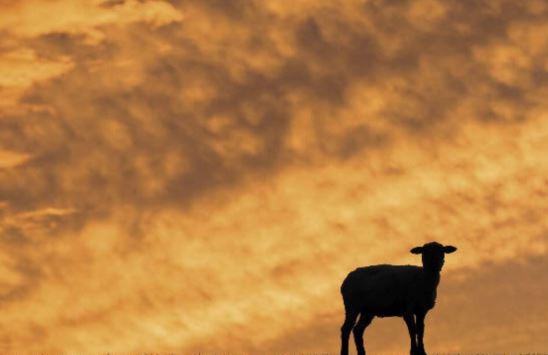 Jesus’ audience on that day was made up of “publicans and sinners,” people who did not believe in Christ or in Moses.  The religious people, the Pharisees and scribes, were critical of Jesus as a result.  According to the narrative, they grumbled, “This man is friendly with sinners. He even eats with them” (Luke 15:2, CEV).  In response, Jesus told them a parable and its meaning: “If any of you has a hundred sheep, and one of them gets lost, what will you do? Won’t you leave the ninety-nine in the field and go look for the lost sheep until you find it?  And when you find it, you will be so glad that you will put it on your shoulder and carry it home. Then you will call in your friends and [neighbours] and say, ‘Let’s celebrate! I’ve found my lost sheep’. . . In the same way there is more happiness in heaven because of one sinner who turns to God than over ninety-nine [righteous] people who don’t need to” (vv. 4-7).

The obvious point Jesus was making to His critics was that all people, Jews and Gentiles, belonged to God. The lost sheep represented those who had gone astray from the Divine Shepherd. According to Bible scholar Adam Clarke, “The lost sheep is an emblem of a heedless, thoughtless sinner: one who follows the corrupt dictates of his own heart, without ever reflecting upon his conduct, or considering what will be the issue of his unholy course of life.” The shepherd going to look for the lost sheep until he found it was meant to demonstrate the value the Good Shepherd placed on the life of the one who had gone astray and how far He would go to bring them back to the flock.  Why would a shepherd do that?  Because, in part, he knew the nature of the sheep. Clark continued, “No creature strays more easily than a sheep; none is more heedless; and none so incapable of finding its way back to the flock, when once gone astray: it will bleat for the flock, and still run on in an opposite direction to the place where the flock is . . . No creature is more defenceless than a sheep, and more exposed to be devoured by dogs and wild beasts. Even the fowls of the air seek their destruction.” In other words, the shepherd instinctively knew the lost sheep was in great danger.

But what about the other ninety-nine?  Didn’t the shepherd put them in harm’s way by leaving them in the field to go after the one?  It is reasonable to say no given the care shown by the shepherd.  It was his job to protect, guide, and nurture every sheep in his flock.  However, in the moment, the only one in imminent danger was the one that was lost.  In the very same way that a sinner could not find his or her way back to God on his or her own (see John 6:44), the sheep could not find its way back to the flock on its own.  If the shepherd did not find it, it would die.  In fact, the shepherd willingly put himself in danger to go after his sheep just as the Good Shepherd, Christ, willingly put Himself in harm way, to go after His lost sheep. How far did He go?  He would later say of Himself, “I am the good shepherd, and the good shepherd gives up his life for his sheep” (John 10:11).

Today, cities and countries across the world are dealing with the ongoing fallout from another death in the USA of an unarmed Black man, this time George Floyd, by police.  In response to the chorus of “Black Lives Matter” are those who seek to remind us that “All Lives Matter.”  The latter is true and has never been in doubt. However, as Jesus reminded us, while there is value in every life and all lives matter, the ones in the most imminent danger are the ones that matter most in the moment.  In telling the parable, Jesus gave us heaven’s perspective, “There is more happiness in heaven because of one sinner who turns to God than over ninety-nine good people who don’t need to.”  The life of the one lost sheep was valued over those of the others who did not need saving. In these times of racial tensions and divide, we would do well to remember the lesson.

Update to reflect the fact that Floyd was not shot, but died after a police officer kept his knee on his neck, while he was on the ground, for over 8 minutes.