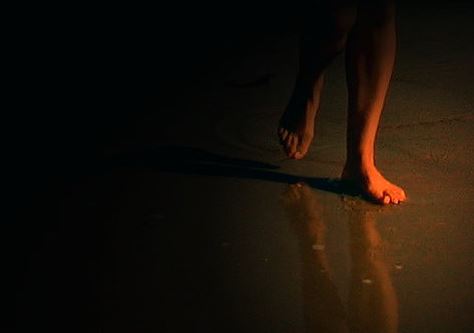 Some time ago I had the very challenging task of driving in heavy misty fog and rain. Visibility was poor and it was impossible to read road signs ten meters away. As if that was not bad enough, it was very difficult to see other vehicles on the road even with their four-way flashers on. The car’s navigational system was working beautifully and with turn-by-turn instructions, it would get me to my destination. But of what use was it if I couldn’t even see the road and my exits? How could I even be sure I was staying in the right driving lane? In situations like these, I take advantage of what my eyes could see – the white line on my left. As long as I stayed close to the line, I wouldn’t have to worry about drifting across other lanes. It was my guide to let me know I was in the correct driving lane.

The spiritual truth in the experience was not lost on me. As I drove confidently on, the words of the Psalmist came alive in my being: “Thy word is a lamp unto my feet, and a light unto my path” (Psalm 119:105, KJV). In the quietness of my thoughts, pondering the magnitude of the verse, the Holy Spirit reminded me that He was like my navigational system; always pointing the way to where I needed to go.  In the darkness of the world that is ours and in the course of day-to-day living, the word of God was my white line. As long as I stayed within the boundaries, I would be fine. If I strayed, He would tell me how to get back on track.

It is interesting that in Psalm 119 there are thirty-eight references to “thy word.” The first time David used it, he wrote, “Wherewithal shall a young man cleanse his way? by taking heed thereto according to thy word” (v.9). It is no wonder then that two verses later he continued, “Thy word have I hid in mine heart, that I might not sin against thee.” The Message version paraphrases this verse, “I’ve banked your promises in the vault of my heart so I won’t sin myself bankrupt.” Like driving in heavy misty fog and rain, staying within the boundaries of the Word can be extremely challenging but they are our white lines. “By your words I can see where I’m going; they throw a beam of light on my dark path” is how The Message puts verse 105, an acknowledgment of the fact that if our every step is not guided by the Word, we cannot be assured that we are in the right lane.

On the nature of the word of God and the use we should make of it, Bible Scholar Albert Barnes writes, “The word of God is like a torch or lamp to a man in a dark night. It shows him the way; it prevents his stumbling over obstacles, or failing down precipices, or wandering off into paths which would lead into danger, or would turn him away altogether from the path to life. . .. It is a light which shines on the road that a man treads, so that he may see the path, and that he may see any danger which may be in his path. . .. He who makes the word of God his guide, and marks its teachings, is in the right way. He will clearly see the path. He will be able to mark the road in which he ought to go, and to avoid all those by-paths which would lead him astray. He will see where those by-roads turn off from the main path – often at a very small angle, and so that there seems to be no divergence. He will see any obstruction which may lie in his path; any [downslope] or precipice which may be near, and down which, in a dark night, one might fall. Man needs such a guide, and the Bible is such a guide.”

It is reassuring to know that the Holy Spirit will never lead us contrary to the Scriptures.  As difficult as it gets sometimes, the word of God can be trusted.  Bible Expositor John Gill puts it this way, “The whole Scripture is a light shining in a dark place; a lamp or torch to be carried in the hand of a believer, while he passes through this dark world; and is in the present state of imperfection, in which he sees things but darkly.” Have you checked your steps lately? Who or what has been guiding them?