WEEKLY DEVOTIONAL - "I Have Prayed For Thee" - Jamaicans.com 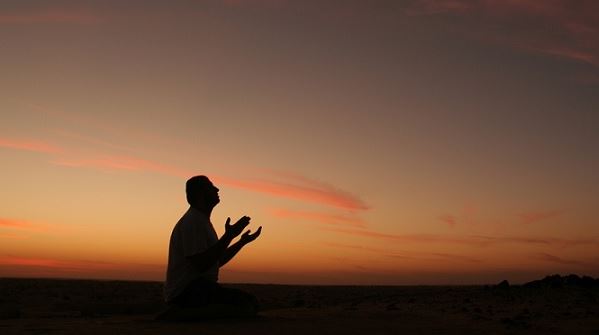 In a 1789 letter to French scientist Jean-Baptist Le Roy, Benjamin Franklin, one of the founding fathers of the United States, writes, “Our new Constitution is now established, and has an appearance that promises permanency; but in this world nothing can be said to be certain, except death and taxes.” Generally speaking, few would argue with Franklin on the certainty of death and taxes in this world. However, for the Christian, two other things are even more certain – the faithfulness of our God (Lamentations 3:22-24) and the ongoing mission of our adversary who roams about like a roaring lion seeking not only whom he may devour (1 Peter 5:8), but also to steal, to kill, and to destroy (John 10:10).

As we begin another year, these two spiritual truths are important to keep in mind. As we go about our daily lives, Peter admonishes us to “be sober, be vigilant” and characterizes our enemy as like a roaring lion – hungry, fierce, strong, and cruel. Of our enemy’s business, Bible Scholar Matthew Henry writes, “His whole design is to devour and destroy souls. To this end he is unwearied and restless in his malicious endeavours; for he always, night and day, goes about studying and contriving whom he may ensnare to their eternal ruin.” On our duty to be sober and vigilant, Henry continues, “1. To be sober, and to govern both the outward and the inward man by the rules of temperance [self-control], modesty, and mortification [self-denial; the killing of the flesh]. 2. To be vigilant; not secure or careless, but rather suspicious of constant danger from this spiritual enemy, and, under that apprehension, to be watchful and diligent to prevent his designs and save our souls.”

As the devil relentlessly pursues the children of God, where does the faithfulness of God comes in? In the book of Luke, we see a conversation between Jesus and Simon Peter shortly after He and the disciples had finished supper. According to the narrative, “And the Lord said, ‘Simon, Simon, behold, Satan hath desired to have you, that he may sift you as wheat'” (Luke 22:31, KJV). In other words, just as Satan desired Job to assault and break him in order to prove him a hypocrite, so Satan desired to assault and break the disciple. As Peter listened, Jesus continued, “But I have prayed for thee, that thy faith fail not: and when thou art converted, strengthen thy brethren” (v. 32).

What comfort! Satan seeks to destroy but in the midst of his assault, we have the prayer of the Saviour that our faith do not fail. Henry observes, “It is owing to the mediation and intercession of Jesus Christ that the faith of His disciples, though sometimes sadly shaken, yet is not sunk. If they were left to themselves, they would fail; but they are kept by the power of God and the prayer of Christ. The intercession of Christ is not only general, for all that believe, but for particular believers (I have prayed for thee), which is an encouragement for us to pray for ourselves, and an engagement upon us to pray for others too.”

What better way to start the new year than with the reminder that while we do our part here, in the spiritual realm Christ has our backs! That really encourages me and gives me the confidence to keep pressing through the adversary’s obstacles. How about you?