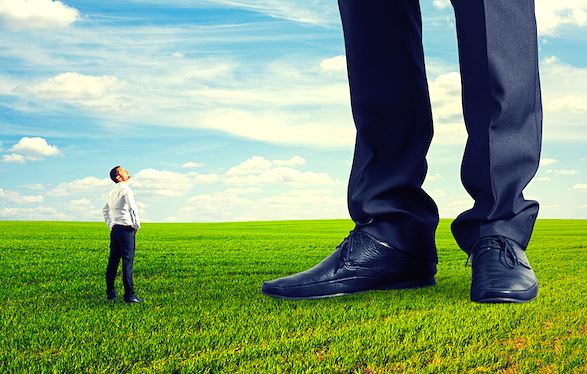 Paul and his companions were on their way to prayer when they were constantly interrupted by “a certain damsel [slave girl] possessed with a spirit of divination” (Acts 16:16, KJV). According to the narrative, “The same followed Paul and us, and cried, saying, ‘These men are the servants of the most high God, which shew unto us the way of salvation.’ And this did she many days” (vv. 17-18a). Now, one day would probably not have been a bad thing. Two days, probably tolerable. But “many days” saying the same thing over and over would be aggravating, especially when one was trying to go about one’s legitimate business. Therefore, it was not surprising that the time came when “Paul, finally fed up with her, turned and commanded the spirit that possessed her, ‘Out! In the name of Jesus Christ, get out of her!’ And it was gone, just like that” (v. 18b, The Message).

In this passage of text, we often marvel at the immediacy of the effect of the apostle’s words. However, let us take notice of something equally significant. Paul did not address the girl but rather the spirit that was at work in her. It was clear that she had no control over what she was doing and as such, it would have been pointless to rebuke her for her actions. By walking in the authority that is in the name of Jesus, Paul was able to not only speak to the spirit but to command it to come out of her. Because at the name of Jesus everything in the heavens, on the earth and under the earth must bow (Philippians 2:10), the spirit had no other choice but to obey.

These thoughts came to mind as I reflected on how we approach our obstacles/problems. By habit, we “take our burdens to the Lord” by telling Him about them and trusting Him to work them out. However, Jesus also said, “Have faith in God. For verily I say unto you, that whosoever shall say unto this mountain, ‘Be thou removed, and be thou cast into the sea;’ and shall not doubt in his heart, but shall believe that those things which he saith shall come to pass; he shall have whatsoever he saith” (Mark 11:22-23, KJV). From what I can tell, “say to this mountain” means speaking to the problem. In other words, it is one thing to tell God about the problems, but it is another thing to tell our problems about God!

Just maybe we need to take our faith to the next level and start speaking to oppressive spirits and situations. As long as we are in the will of God, we have the assurance that if we do not doubt, we can have whatsoever we say. Instead of “fighting” with people and situations, let us combine faith with action. Start speaking to those “mountains” and watch the move of God unfold as said “mountains” do as we command. All in the name of Jesus.